Follow procedure: Medical personnel sanitising the athletes’ equipment and bags when they checked into training camp at Bukit Jalil on Jan 4.

PETALING JAYA: The national athletes can heave a huge sigh of relief as they are allowed to continue training despite the movement control order.

The Youth and Sports Ministry in a statement said the training arrangement for full-time athletes will continue under a strict quarantine environment in the Klang Valley and Nilai.

The venues involved are the National Sports Council Complex in Bukit Jalil and Taman Keramat, Academy Badminton Malaysia in Bukit Kiara, Paralympics Centre of Excellence in Kampung Pandan and the National Velodrome in Nilai.

Malaysia Swimming secretary Mae Chen was relieved that the divers and swimmers are not affected.

“Although there are no competitions, we are grateful to the Youth and Sports Ministry for considering the plight of the athletes, especially those preparing for the Tokyo Olympics.

“We can’t imagine what it would be like if we had to stop training as they have to prepare for the Olympic qualifiers at the Diving World Cup in Tokyo (April), ” she said.

Malaysia Karate Federation (Makaf) deputy president Datuk Vincent Chen was also thankful for the leeway given to his athletes.

Karate is one of the sports under the Podium Programme preparing to qualify for the Tokyo Olympics.

“The exponents are already inside in the quarantine bubble in Bukit Jalil, so it’s not a problem, ” said Vincent.

“Honestly, there is nothing we can do but to train and hope that the situation gets better.

“It is better for training to continue as we do not want them to remain idle for too long. We also appreciate the coaches’ sacrifice to be away from their families.”

NSC Athletes Division director Jefri Ngadirin said they would adopt the training SOP like the one used for the Road to Tokyo (RTT) quarantine-based training programme that was implemented in June last year before it was eased in October.

“For example, the training sessions cannot involve more than 10 people at any one time. There should also be no close contact while physical distancing must be adopted. We have informed the coaches that if there are more than 10 athletes, they must carry out schedule-based training sessions.“Only coaches and athletes staying at the hostels will be allowed to carry out quarantine-based training. Those who opt to stay away from the hostels must train on their own via online, ” he said.

Earlier, the return of the athletes had caused chaos in Bukit Jalil.

A total of seven athletes and one official tested positive for Covid-19 upon returning from their New Year break on Jan 4.

In a second test, five more officials were tested positive and it has triggered a move to sanitise the working area. 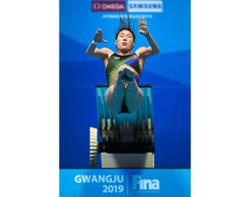