Prem turns into The Bulk after a month of training

After one month of training, he now weighs 58kg – but it’s all muscle.

“The target is to reach 61kg, ” said the 26-year-old who is glad to have weathered the first month of the quarantine-like training camp at the National Sports Complex in Bukit Jalil.

Bulking up is as tough as any of his intensive training sessions, he said.

Prem needs to put on weight as he will be competing in the below 67kg in the World Olympic Qualification Tournament next year. His earlier category of below 55kg has been scrapped from the Olympics.

The Sentul-born Prem was placed with teammate R. Sharmendran and coach S. Mahendran during the camp.

“We had two sessions of training daily with the first one from 7am-10 am and the evening session from 3pm-5pm.

“The first month of training was focused on building strength, fitness and muscle endurance, ” said Prem.

“For me, gaining weight is as tough as working out and training.

“I have been taking protein shakes to build muscle, it makes your stomach full but I still had to take my meals... it felt like I was stuffing myself.

“Muscle building for combat sports is not easy, it needs to be planned well in stages and on top of it, I need to get my body to adapt as the extra weight puts more strain on my knees and ankles.”

Prem hopes the government will allow competitions to take place as he needs to maintain his competitive edge and believes having more athletes joining the second phase of the centralised training in Bukit Jalil from Monday will help.

Coach Mahendran, he said, had made a huge sacrifice to join the centralised camp.

“It’s normal for athletes to be in centralised camp but for a coach to be away from his family for a month just to train athletes really shows his big heart and his commitment.

“It was a bit awkward as the training just involved three of us. We previously trained in a big group here.

“I heard more athletes will be joining the second phase of training and I’m looking forward to having more training partners so we can have more variations.

“I hope we can have competitions soon... competitions allow us to gauge our progress and also identify shortcomings.” 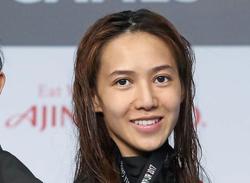 Athletes on tenterhooks over tiny but deadly virus 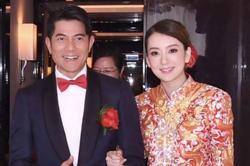