TOKYO (Reuters) - British Paralympic table tennis player Kim Daybell was entering the final stages of his preparations for Tokyo 2020 when the coronavirus crisis turned his world upside down.

The COVID-19 pandemic not only forced the Tokyo Games to be postponed by a year but also saw junior doctor Daybell thrust into the frontlines of the fight against the outbreak.

"It was a bit of a shock for me because I was working part-time before – three or four days a week – and now it is working the standard week with the on-calls on top so that has been quite a tough transition,” Daybell told Reuters last week.

This week, the United Kingdom overtook Italy by reporting Europe's highest official death toll from the new coronavirus with over 30,000 deaths.

Daybell said that after a difficult few months a sense of normality was returning to the COVID-19 ward in the north London hospital where he works.

However, with his preparations for the 2020 Paralympics scrapped, the 27-year-old said he would have to reset completely when the worst of the coronavirus crisis is over.

“I have not picked up a bat now for five weeks I think, which is really weird. Really, really weird,” he said.

“I have been playing since I was nine-, 10-years-old and played every week so it is a really strange thing.

“Getting back into it will be tough but you never really forget that muscle-memory so hopefully it won’t be too painful of an experience.”

Daybell says he missed the camaraderie of training with his team mates, which offered a release from the strain of working in a hospital.

“It has been really difficult, especially being away from the squad,” said Daybell, who was getting ready for his third Paralympics appearance.

“I have lots of friends in there, we have been playing together for a long time and I think we were all coming together to get ready for Tokyo like one big family really.

"That was then stripped away.”

When the fight has been won, Daybell says the delayed Tokyo Games could be the emotional release the world needs.

“I think it would be an amazing time for a Games, I think the world would be crying out for something positive and for something to bring everyone together again,” he said.

“(We can) celebrate sport and celebrate all being together and having got over something that has been so worldwide and so far reaching.” 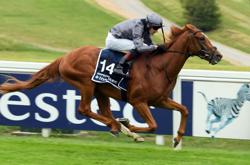