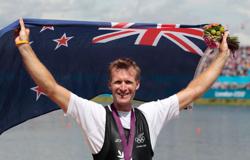 Well done: Aaliyah Yoong Hanifah posing for a photograph after bagging the silver in the tricks event of the Nautique Waterski US Junior Masters at the Callaway Gardens in Atlanta on Saturday.

PETALING JAYA: Hats off to teenager Aaliyah Yoong Hanifah. The 14-year-old added another feather to her growing list of achievements when she bagged a first-ever podium finish with a silver in the tricks event at the prestigious Nautique Waterski US Junior Masters at the Callaway Gardens in Atlanta.

Aaliyah, a triple gold medallist at the Kuala Lumpur SEA Games last year, had taken second spot in the first round with a score of 6,530 points which was good enough for her to make the top-three skiers for the final on Saturday.

Aaliyah then stayed consistent when it mattered to produce a final score of 6,400 points, behind Canada’s Paige Rini who finished with 8,020.

It was just shy of her season best of 6,960 and her national record of 7,600 but it was enough to secure her a second-place finish after American Kristen Baldwin could only manage 5,570.

It is quite an achievement for the talented youngster who first burst onto the scene in 2011 when she won her first SEA Games gold medal at only eight years old.

Aaliyah, who missed out on podium finishes in 2016 and 2017, was certainly pleased with her effort.

“I’m quite satisfied with my runs because I managed to stand up on my first pass, which is the toes tricks, in both the first and final rounds.

“I did fall on my last trick which was the fifth flip and it’s something that I’m still not so consistent enough yet.

“It was a bummer but I’m still so happy to even get into the final in the first place and finishing second was certainly a bonus for me.

“Overall it’s quite a motivating result as now, I just want to aim higher and higher.

“I also couldn’t do this alone and I want to thank Nautique, Cory Pickos with whom I’ve trained with the past month, my family, friends and my sponsors who have supported me and gotten me here,” added Aaliyah from the US.

“She is eligible for four more years in the junior masters and she may even qualify to be invited for three events (tricks, slalom and jump) next year,” said Hanifah.

“The target is for her to win the junior tricks next year so hopefully she can move up to the pro women’s level in two or three years time.”

The successful US Junior Masters outing concludes the national team’s month-long stint in the US.

They have been based at the Cory Pickos ski school since the end of April and also competed at the Florida Inboards Records tournament two weeks earlier.

Then 10-year-old Adam Yoong Hanifah had taken the limelight by winning the boys’ Under-13 tricks event with a new national men’s tricks record of 4,750 points. 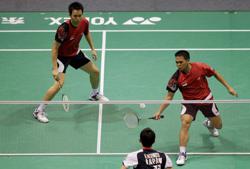