MMA: ONE Championship is back to thrill fight fans

KUALA LUMPUR: The fastest-growing Mobile Virtual Network Operator (MVNO) in Asia, Tune Talk, will team up with Asia’s largest sports media property and the world’s most exciting MMA promoter, ONE Championship (ONE) to bring fight fans in Malaysia an extravaganza of Mixed Martial Arts (MMA) action this month.

Fans will get to witness the high-octane ONE: TIGERS OF ASIA showcase on Oct 9 followed by the Malaysian Invasion Mixed Martial Arts (MIMMA) Season 3 Grand Finals on Oct 10 at Putra Stadium in Bukit Jalil. Davis, who is arguably the best lightweight fighter from Malaysia, will take on a veteran from Queensland, Australia, Adrian “The Hunter” Pang.

“Every fight is tough. So it will be good to get a higher class opponent with a solid record like Adrian Pang.

“But of course I’m looking to stop the fight in the first round and give the crowd an exciting match,” said Davis, who is also known for his acting and modelling gigs in Malaysia.

“On fight night, you will see an evolutionary version of the E.T.… and I’m confident I’ve what it takes to get the win. I’ll come locked and loaded for sure,” said Ting.

Ann Osman (pic, below) will face the toughest challenge in her fight career yet when she takes on Russia’s Irina Mazepa, who is a six-time Wushu world champion and a K1 world champion kickboxer. 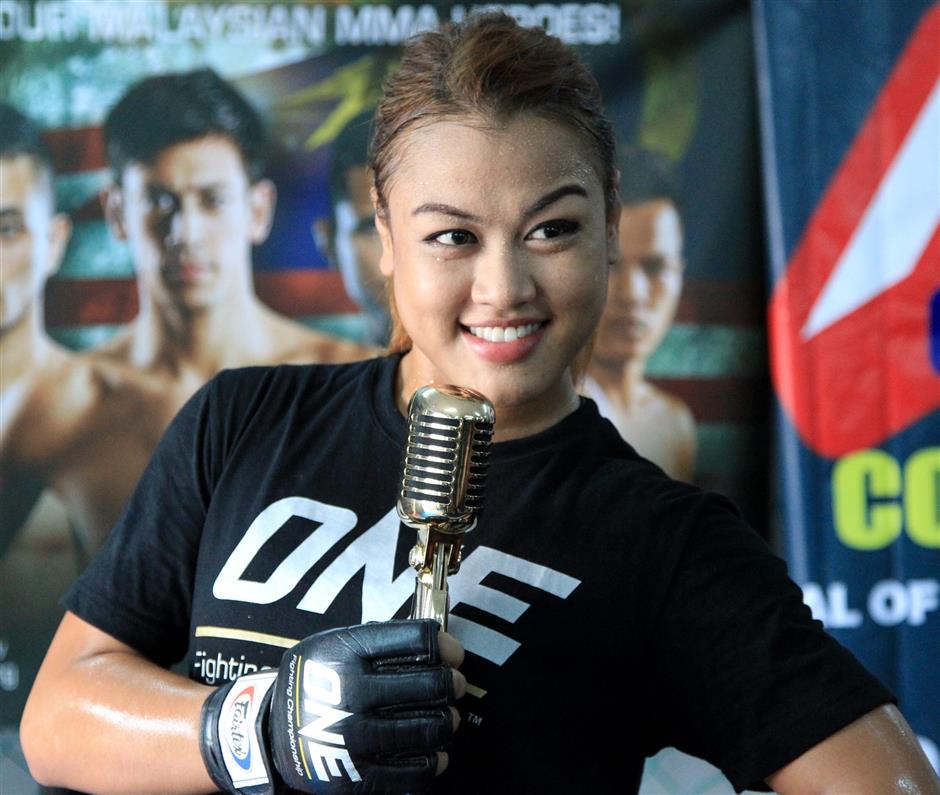 “Mapeza is a tough contender and a kickboxing champion. But I have trained really hard with my team and I believe I’m up to the challenge.

“I’m super excited and at the same time under pressure to fight in front of my Malaysian fans. But the added pressure will definitely give me the boost to fight harder for a win,” said Osman.

Tickets for ONE: TIGERS OF ASIA and the MIMMA Grand Finals are now available at http://redtix.airasia.com. There will also be a special MULTI-PASS discount package for both events.

For more updates on ONE, please visit www.onefc.com and for MIMMA, visit www.malaysianinvasion.com