SIX DEGREES of separation – that used to be the standard for how many people it takes to connect you to someone famous. These days, it’s probably been whittled down to three-degrees or less as anyone and everyone can get connected through social networks.

Many of us are guilty of being on at least two or three social network sites, the most preferred being Facebook, Twitter and Instagram, and the same can be said of athletes.

Star Sport spoke to some of them to find out their social networking quirks.

PR: The fact that I can get information fast. And, there are also a lot of motivational and inspirational quotes which are quite interesting to me. Diver Pandelela Rinong gets a 'lift' from hammer thrower Casier Renee Kelly Lee on the occasion of her birthday this year.

What is the most common thing you get asked on Twitter?

PR: Is this the real Pandelela? Some have even asked me to be their girlfriend!

PR: After I won the bronze at the 2012 Olympics, there were three Twitter accounts under my name, and at that time, I didn’t even have a Twitter account yet!

What’s your take on selfies and Throwback Thursdays?

PR: I think selfies are good when you have nobody to help you take a photo and Throwback Thursdays is refreshing ... brings back all the memories and a great way to keep in touch with friends.

Amri Yahyah, 32, footballer, has a knack for scoring against big clubs like Manchester United and Barcelona

AY: It’s like having a platform to express myself and also to interact with the fans. But I try not to share too much on my personal life. I prefer to keep a low profile and focus on things involving football. I’m more comfortable using Twitter. My wife has an Instagram account, but I don’t.

Do you update it yourself?

AY: Yes, whenever I have the time. I usually post information about game day or updates on what's happening with my team – training and if we’re travelling for games. So it’s not so much about myself … more on football. A 2012 Twitter photo of Amir Yahyah and his wife.

What is the most common thing you get asked on Twitter?

AY: Usually, they ask about game day – what time is the match … stuff like that. Some also wish me luck. Sometimes, they do get a bit personal with their comments. I choose not to answer those tweets. Unfortunately, I just have to block them.

MW: I think it’s a great platform to have fans follow me. They can really get to know me, through me, instead of just someone else’s eyes ... my fans are very important to me and I hope that they can get to know me a little better through un-filtered eyes.

MW: I love to post pictures of where I am. I love food; I love art; I love doing all these things and I can’t help but share them with people. Oh no! Look what Michelle Wie got for her birthday.

What sort of interaction do you normally get on Twitter?

MW: A lot of them are usually shout-outs and birthday wishes. But some also ask me about life on tour and my expectations during competition week.

What do you think of things like “selfies”, OOTD (Outfit of the Day) and Throwback Thursdays?

MW: (laughs). I think these are fun ways to express yourself. So, yeah I do indulge in a little bit of it, especially on travel days.

What do you think about social networking?

JE: I think as a footballer it is important to interact with your fans and social media is the best way for it. Fans do a lot for football and it is nice to get in touch with them. They can ask me questions and I can promote things and give them an insight to me and my life. I had Twitter before I came here from England. It is also a way to interact with my close friends back home.

Any particular favourites with regards to social networks?

JE: I keep my Facebook only for close friends and family mainly back home. I use my Twitter to interact with the fans as it’s easy to use and pictures are limited. But, you have to be careful as your pictures can be used and people can easily pretend to be you.

JE: Mainly about football but sometimes I like to share what movies or music I’m watching and I let people know about my life and how I live.

What are some of the things you are asked on Twitter?

JE: (laughs) There are a lot of things I have been asked ... just the other week someone asked me if I could marry them! But mostly I get asked for match-worn jerseys and so on. 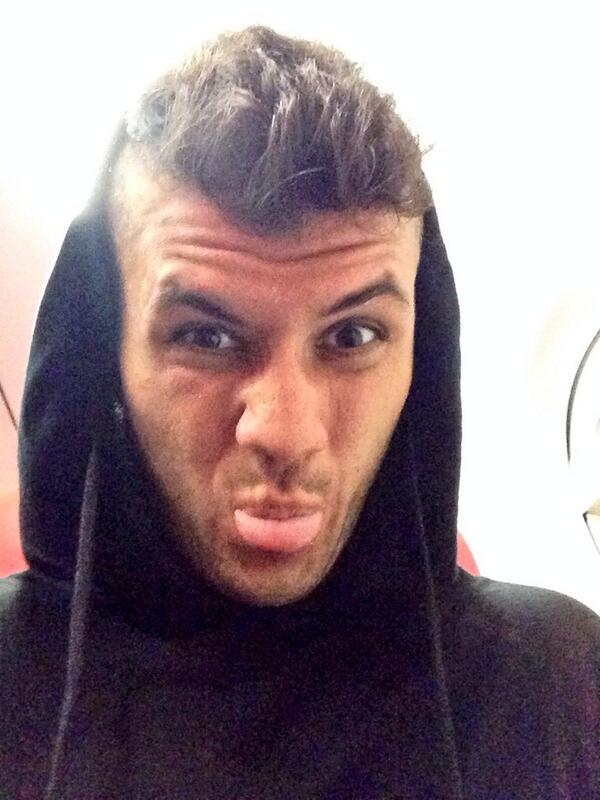 Guess who also indulges in selfies? None other than footballer Junior Eldstal.

What’s your take on selfies?

JN: The greatest thing about social networks is the instant ability to connect with almost anyone in the world. I love how I can connect with people with similar interests and thinking. I like Instagram and find myself on it more than Twitter just because it’s more efficient. You know what they say, a picture is worth a thousand words! 1,000 words beats 140 characters hands down!

What is a common question you get asked? Josiah Ng says a lot of people on Twitter ask him whether he shaves his legs. What do you think?

JN: I have had a few gay guys declare their love for me even though they know very well that I’m hetero and married.

What’s your take on selfies, OOTD (Outfit of the Day) and Throwback Thursdays?

JN: I don’t really do selfies. Nothing against it, it’s just not for me. OOTD? Once in a blue moon when I have a cool new kit to share. I don’t do Throwback Thursdays, I do Flashback Fridays! (laughs). 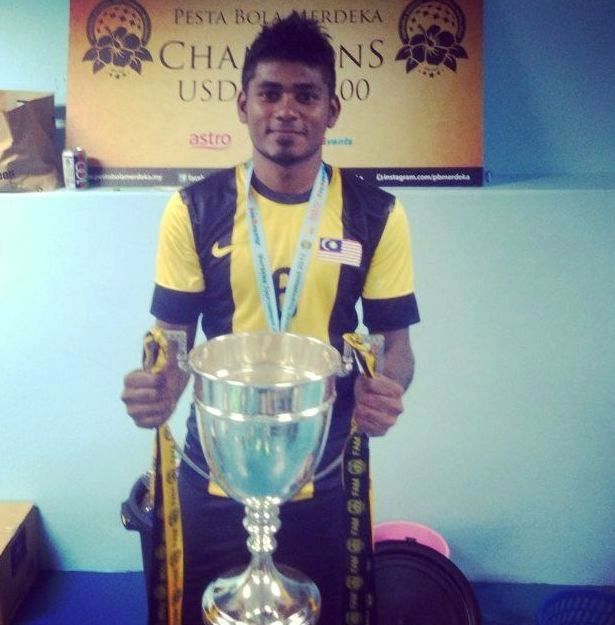 DS: For me it’s all about the fans. And it’s great that you can to directly interact with them. I try to update it everyday.

DS: I usually post information about game day or updates on what's happening with my team. Not so much about myself, just more on football. Also, if Malaysia are playing, I show my support by tweeting to ask everyone to come catch the game and show their support for Malaysia.

RF: With social media, it’s a good way to show a little insight to the fans. It’s more of just showing the fans what I’m doing off the golf course.

Which do you prefer to use? RF: I like to post photos of the stuff I do off the golf course and in my free time. But a lot of people do get upset that I don’t post a lot of photos of me practising. But I mean, you know I play golf so I’m not gonna show you what you know I do.

RF: There are a lot of questions like “Hey, what did you shoot when you were 15?” Or “What’s your handicap?” Sometimes I don’t like to tell them because it may make them not feel as good or want to pursue the game. But it’s mostly golf-related questions.

Do you indulge in things like selfies and Throwback Thursdays?

RF: I indulge in them a little bit. Throwback photos are kinda fun to show stuff from maybe a year ago or 10 years ago. Selfies ... they pop up here and there (laughs). And there’s gonna to be haters out there. They’re gonna hate the selfies but it’s all right. There’s a block button for a reason.