LONDON (Reuters) - Adidas sales remain on track to grow by more than 10 percent in China this year despite fears of a slowdown in the economy there, company CEO Herbert Hainer said on Monday.

Hainer, whose company is a major sponsor of the London Olympics, said European countries would be pleased to see the economic growth rates which China was still able to generate.

Rival Nike said last month that future orders in China - orders scheduled for delivery from June through November - rose just 5 percent in its fiscal fourth quarter to end May, down from a 24 percent increase a year ago.

Adidas has invested 100 million pounds in its London sponsorship and associated marketing and believes it is catching up with Nike, the market leader in Britain.

"We have a clear target that latest by 2015, we want to be market leader (in Britain) and the gap is closing every day," Hainer said. 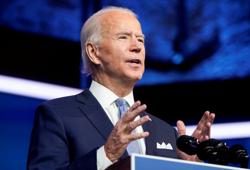