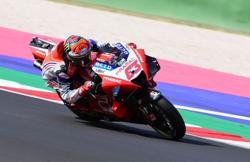 PETALING JAYA: Siti Shakirah Shaharul is still without a legal driving licence but she will be making a dream debut in her track racing career competing in a support race for the Petronas Malaysian F1 Grand Prix in Sepang from April 8-10.

“Naturally, this is very different from all the go-kart races that I had competed in before,” said Siti, a graduate of the Petronas Formula Xperience (PFX) Racing Academy.

“I will be in an actual race car and the field will have most of the top Malaysian drivers. It’s definitely a dream come true for me and a challenge that I am really looking forward to.”

Siti and Darwin will also be competing in the Sepang 1,000km race at the end of the year, teaming up with two other drivers, a Singaporean and a Bruneian to be named later by the team. But first, Siti and Darwin will race in Satria Neo cars in the opening round of the MSS.

“I have always dreamt of being an F1 driver all my life. That is why I joined the PFX last year,” said Siti, an ardent fan of Briton David Coulthard.

“I am not driving in the F1 yet but I will be sharing the same race track as their drivers next month. And that is pretty awesome.”

Siti is sitting for the SPM exams later this year and her parents had decided to reduce her racing activities. But they have agreed to allow her to test out for the Red Bull Rookies programme, a nationwide search for two Under-21 Malaysian drivers and another two from Singapore and Brunei to compete at the S1K in December.

“We decided that she should concentrate hard on her studies this year for the SPM,” said the father, Shaharul Mohd Ali.

“But she always wanted to race. So the wife and I allowed her to do the Red Bull Rookie programme as a compromise.”

Introduced to go-karting at the age of four, Siti started racing when she was nine. She did a round of the Asia Karting Open Championships at the age of 11 on top of other local meets against peers of the same age. 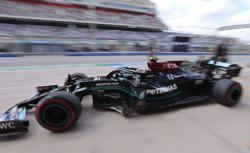