Malaysia’s defensive lapses allow Pakistan to get a draw

KUALA LUMPUR: Malaysia had victory in their grasp but two defensive lapses allowed Pakistan to sneak off with a 2-2 draw in the four-nation Hamburg Masters hockey tournament at the UHC Stadium in Hamburg yesterday.

It was the second draw for the Malaysians after their 1-1 stalemate with world and Olympic champions Germany on Friday. 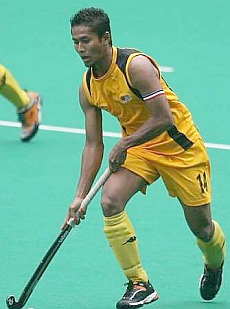 National coach Sarjit Singh said his boys should have wrapped up the game in the first-half.

“We had several more chances in the first-half, when we dominated the play. We could have scored four goals in that period,” he said in a telephone interview.

“But it was a good effort by the players as they had to play two tough games in a row. Now we must get ready for Belgium and continue to maintain our level of play. The Pakistanis made good use of their counter attacks. We will not think about the title. We just want to ensure that we are at our best against the Belgians.”

The Malaysians got off to a great start, scoring off their first penalty corner by Mohd Amin Rahim in the third minute.

The Malaysians continued to play aggressively to go into the break with the slim lead.

Sarjit’s boys continued to dominate proceedings after the breather but a defensive lapse allowed Pakistan to find the equaliser when Shakeel Abassi scored in the 50th minute with a solo attempt.

The Malaysian hit back two minutes later with a field goal of their own.

A fast break down the right flank saw Kelvinder Singh sending a back pass into the D for skipper Azlan Misron to deflect into goal.

But with each passing minute the Pakistanis started to find their rhythm and another quick break down the middle in the 57th minute bore fruit for them.

Abdul Hasseem Khan scored with a field attempt for his third goal of the tournament. He had scored a brace in their opening 6-3 win over Belgium on Friday.

Both teams continued to play at a high tempo in the last 10 minutes, with the goalkeepers pulling off great saves to keep the score at 2-2.

In another match, Germany beat Belgium 3-1.