PETALING JAYA: Sukma are not only getting bigger with each edition but so are the cash incentives for medal winners.

Hosts Terengganu have dangled a big carrot for their athletes to go for gold in the 12th national Games scheduled for May 31-June 9.

Mentri Besar Datuk Ahmad Said dropped a pleasant surprise for the athletes at the flag handing over ceremony in Kuala Terengganu on Sunday night, announcing that a gold medal was worth RM3,000, a silver RM1,500 and a bronze RM750.

He added that an individual winner and a team winner would enjoy the same rewards. 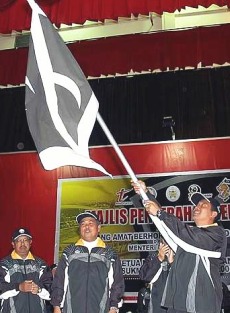 “I am proud to say that Terengganu are the first to do this. There will be no discrimination in the amount of reward for individual and team winners,” he said.

“We are taking the initiative in recognising sportsmen and sportswomen. The incentives we are handing out are just rewards for the sacrifices made by the athletes and we must recognise them.”

There were more cheers when Ahmad announced that an athlete who set a championship record would get an additional RM1,000.

To drive their athletes even more, Terengganu will give a further RM200 on the spot for a gold medal, RM130 for a silver and RM70 for a bronze in individual events. For a team gold winner, the amount is RM150.

And Terengganu are not stopping at that in handing out goodies as they play host to the biennial Games for the first time.

Ahmad announced that they were contemplating taking gold medallists for an overseas holiday and study tour.

“After discussions between the state government, the state sports council and the parents of the athletes, they will continue to get the RM300 per month for excellence. The allowance for the months of May and June will be paid by the end of this month,” he said.

“I hope that these lucrative incentives will spur the athletes to achieve a best-ever outing for Terengganu in Sukma. The target is 40 gold medals and a top five finish in the overall standings.” 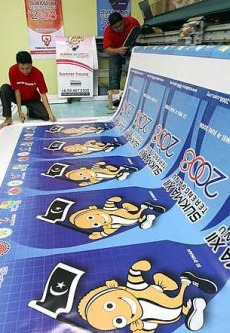 Footballer Ahmad Shahril Zakaria then received the flag on behalf of the athletes.

For this edition, Terengganu have a 608-strong contingent of 513 athletes and 95 officials.

Terengganu athletes will compete in all 31 sports in the programme, including the two demonstration sports – kabbadi and Formula future.

Among the stars of the Terengganu contingent are cyclists Azizulhasni Awang and Fatehah Mustafa.