Wild parties and booze out for today’s F1 drivers

PARIS: Back in the wild 60s and 70s, a Formula One hotshot would arrive bleary-eyed at his hotel, check out the nearest club and order a large drink or three.

In 2008, his corporate-conscious counterpart is more likely to check into the gym and order an early call.

“I have busy testing days, busy marketing days and I have training days,” said Lewis Hamilton, the cleancut young Briton tipped to take the world title this year.

“A typical training day consists of getting up early, going for a run and then coming back for a good breakfast. I then usually check my e-mails and then go to the gym. I have lunch, then we may go for a long bike ride. I come back and go to the gym for an hour or two. By then your day is over and you are exhausted.”

Fellow Briton James Hunt, who won the world title in 1976, entertained booze and blondes in exhausting quantities and was dead at 45 from a heart attack, would be mystified by the monastic devotion of modern drivers.

Hunt, the son of a stockbroker, was the archetypal playboy racing driver who would grace official functions in t-shirt, faded jeans and flip-flops, if not barefoot.

In fact, many argue that the day Hunt, who famously wore a badge on his racing overalls that read “Sex – Breakfast of Champions”, decided to call it quits in 1979, the rock and roll went out of racing.

Even his son Freddie, who’s been trying to carve out a career on the track, admits that there are certain footsteps of his late father that he is keen to avoid following.

“It’s not what it was in my father’s day and never will be,” said Hunt junior.

“If you want to be the best nowadays you can’t drink, smoke or party. You’re probably allowed Christmas and New Year’s Eve and that’s all. It is a shame, but it’s a sacrifice I’m prepared to make.”

Hamilton, a different driver in a radically different era, knows all about sacrifices.

His grandparents emigrated to Britain from Grenada; his father Anthony worked three three jobs at a time to support his son’s fledging racing career.

“I don’t think he ever went into debt but he had quite a few jobs on the go. His main job was with the railways but I also remember him putting up ‘For Sale’ signs – he’d get £15 a sign,” said the McLaren driver who is slowly getting used to the spotlight.

He was romantically linked with supermodel Naomi Campbell last year.

Stirling Moss, the great British driving hope of the 1950s, was a serious racer who went on to enjoy the trappings of the lifestyle the sport afforded him.

In 1958, Mike Hawthorn beat him to the world title by just one point despite Moss winning four races to Hawthorn’s single triumph.

“My attitude did change,” Moss told the Sunday Times recently. “I really believed that year that I ought to be the champion. I felt I had the ability, and yet I didn’t win.

“And it was against Mike, who was a good friend although we were competitors. I felt I could beat Mike, and he beat me by a point. And then I thought, Well, Mike drinks and he runs around and he does everything that I would like to do. What the hell, I’m going to go out and enjoy myself’.” – AFP 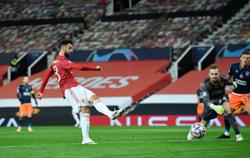