Fook Loke: Hard to erase memories of 1975 defeat to India

KUALA LUMPUR: Most hockey fans may have vague memories of Malaysia’s 2-3 defeat by India in the 1975 World Cup semi-final in Kuala Lumpur.

But for the man who was a member of that losing team, the memories are still vivid in his mind although 32 years have since passed.

“I still find it difficult to kick away that memory. It was a case of so near yet so far,” said former national striker Datuk Poon Fook Loke as he recalled those dreadful last five minutes of that match.

While substitute Azlam Sher Khan of India destroyed Malaysia’s dreams on that day after coming off the bench with five minutes remaining (to help India beat Malaysia 3-2), Fook Loke continues to suffer in silence.

With five minutes remaining on the clock and Malaysia leading 2-1, Sher Khan came onto the pitch and struck two cruel blows through penalty corners to stun the 50,000 crowd at the Merdeka Stadium and the millions more rooted to their television sets at home.

Though Malaysia lost the subsequent 3rd-4th playoff to Germany, it remains the best achievement by the Malaysian hockey team until today.

The 56-year-old Fook Loke, who is married to former athlete Mona Chin and they are blessed with a son, Niki Poon, 22, and daughter Misha Poon, 17, said the secret for the 1975 team’s success was that every player was a master of his own position and the whole team played with so much camaraderie and commitment.

“We had such wonderful moments on and off the field and still live to talk about it whenever we meet and sit down for a cup of tea. Players like skipper Sri Shanmuganathan, M. Mahendran, A. Francis, T. Patmarajah were all like brothers to one another,” said the RHB Bank vice-president, who still plays hockey with his former team-mates in the Malaysian Veterans team.

“On that night, or for that matter throughout the tournament, we played like men possessed and playing in front of huge home crowds certainly boosted our confidence,” said Fook Loke, who scored the first goal in the national team’s defeat by India.

“These days it is sad to see fans staying away from hockey matches. But I sincerely feel there is quite a large following for hockey in the country. If the national team do well, they will come and support,” he said, adding that as a member of theMalaysian Hockey Federation’s selection committee, he hoped to do his bit to raise the standard of hockey in the country. 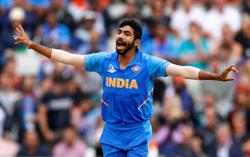