The Malaysian Amateur Athletic Union (MAAU) yesterday confirmed that Shahidan had been nominated for the OCM president’s post and that he had accepted the nomination in good faith.

“We have unanimously nominated his name and the decision was confirmed during our executive board meeting today,” said MAAU vice-president Karim Ibrahim.

Barring any twist to the matter, Shahidan, who took over as MAAU president from Datuk Syed Aidid Syed Murtaza last September, will become the first candidate to challenge Tunku Imran since the latter took over from Tan Sri Hamzah Abu Samah in 1999.

“The Perlis Amateur Athletics Association, where he has been the president for the past seven years, nominated his name and the other members unanimously accepted the proposal and endorsed it with the consent of the president,” said Karim.

On Tuesday, Tunku Imran was nominated by the Malaysian Cricket Association (MCA) to retain his post, and he had reiterated his intention to carry on as president for as long as he can.

Tunku Imran is the MCA president, a member of the International Olympic Committee and vice-president of the Commonwealth Games Federation. He also sits on the IOC Sports & Law Commission. – Bernama 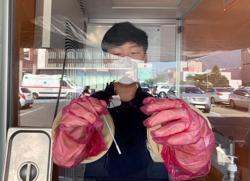