Fergie confident United will lift title after win over Blades

LONDON: Sir Alex Ferguson is confident his Manchester United squad will hold their nerve to close out the Premiership title battle after watching them edge closer to the finishing line with a clinical win over struggling Sheffield United.

Goals from Michael Carrick and Wayne Rooney early in each half saw United emerge from Tuesday night’s Old Trafford encounter with a 2-0 win, a result that left them six points clear of Chelsea ahead of the champions’ game at West Ham yesterday.

“This was another step closer to the title and we have the right temperament to do it,” Ferguson insisted afterwards.

“It doesn’t matter what team I play, they are showing they are up for it all the time. We have a six-point lead with five games to go, this was another one on the road for us but there is still a long way and I’m looking at every game now as a Cup final, they are all so important.

“In the first half we had to endure some heavy tackling and we survived that. I said to them at half-time, be sensible, get a goal and save your legs. In the end it was a great scoreline for us.

“Our spirit and camaraderie is terrific, you can see that out on the pitch, they all encourage each other, they dug in and our football was good.”

The United manager was unhappy with the challenge by Colin Kazim-Richards that sent Patrice Evra to hospital for a scan on a calf injury although his defence will welcome back John O’Shea and Rio Ferdinand from injury for Saturday’s visit of Middlesbrough.

“I thought it looked a bad tackle,” said the United manager.

Another plus to emerge from the evening was a 20th goal of the season for Wayne Rooney – a personal best – and the opportunity for Ferguson to win back the friendly wager he lost with Cristiano Ronaldo when the Portuguese winger hit the 15th of his 21 goals in the current campaign.

Ferguson joked: “Wayne promised me 20 at the start of the season, in fact he said he’d get 25! So maybe I can make some money out of him, some of the money I lost on Ronaldo!”

United had a number of narrow escapes against the resilient Blades – notably in the 68th minute when, with the Blades trailing 2-0, Luton Shelton was clearly brought down by Gabriel Heinze although referee Rob Styles failed to give a penalty.

“I haven’t seen it but people say it could well have been a penalty,” said Ferguson. “But we’ve had that many turned down, maybe we deserve that bit of luck sometimes.”

United manager Neil Warnock was understandably irritated by Styles’ failure to award a penalty which might have allowed his team to force their way back into contention.

“Everybody who has seen it says it’s a stonewall penalty,” said Warnock. “It’s disappointing. I spoke to Rob and he said he couldn’t 100 per cent give a penalty but surely he should have been able to look across to his linesman who was also in a good position?

“Between them they could have got it right but he said it was his decision and he didn’t want the linesman to come into it. I don’t understand it and never will. You can draw your own opinions when you see it. It’s difficult to make major decisions like that so I’m not surprised he didn’t make it.

“They have to give it and then upset Sir Alex on the touchline, not just 75,000, and I know people don’t like upsetting Sir Alex!” – AFP 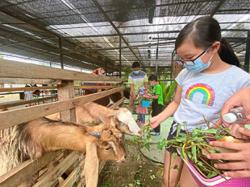