Pakistani coach Woolmer may have been murdered, say police

KINGSTON (Jamaica): Pakistan cricket coach Bob Woolmer may have been murdered at the World Cup, a team official said on Tuesday, as police in Jamaica confirmed they were treating the death as suspicious.

The suggestion is the latest twist in a shocking series of events that have doomed the team's appearance at the tournament, where they were bundled out by part-timers Ireland the day before Woolmer died.

“The post-mortem into the death of Mr. Woolmer was inconclusive,” said Mark Shields, the deputy chief commissioner of the Jamaican police force.

“But having met with the pathologists and other medical personnel, there is sufficient information to continue a full investigation into the circumstances of Mr. Woolmer's death, which is now being treated as suspicious,” he said.

“The International Cricket Council, the World Cup officials and all other relevant bodies have been informed of the investigation.”

Pakistan Cricket Board spokesman Pervez Mir said investigators were looking at the possibility of foul play.

“The police suspect that Woolmer may have been murdered,” Mir said.

He denied that the World Cup team had been ordered to stay in Jamaica until the investigation was completed and added that various rumours over the cause of the death had upset players.

Woolmer, 58, died in hospital on Sunday after being found unconscious in his hotel room in Kingston.

Reports from the Pakistan camp at the time said that Woolmer was discovered by hotel staff lying on the floor in his room at the Jamaica Pegasus Hotel with his mouth wide open.

Blood was discovered on the bathroom floor, there was vomit on the walls and signs of diarrhoea.

“We really need to know what is behind it. I think they have to get to the bottom,” former Pakistan captain and legendary all-rounder Imran Khan said after the latest news.

“This just adds to the whole tragedy and especially for Bob's family,” he said. “I still assume he died of natural causes because he was a diabetic and that is closely associated with heart attacks.”

Another former Pakistan skipper, Ramiz Raja, said he hoped any suspicions would be quickly laid to rest.

“It is very unfortunate that the death is being treated as supicious. It adds another twist to the tale, which is more unfortunate,” said Raja, who is working as a commentator at the tournament.

“Let's hope for the sake of cricket that the matter is solved and they put to rest any suspicion quickly.”

The Pakistan team was expected to leave for home today after their final group game against Zimbabwe later yesterday.

The ICC confirmed the match would go ahead after talks with Pakistan's team management, rejecting reports the team was pulling out due to mental distress.

But former Pakistan international leg-spinner Mushtaq Ahmed, due to take charge of the team for that game, admitted the squad was having a hard time coming to terms with the tragedy.

“There is a great vacuum because Bob was a part of the family,” he said.

“When you lose a member of the family, we all know how bad it can be. The whole team is depressed right now. The boys – and even me – have been totally depressed.”

Woolmer's coffin had been expected to be on the same flight as the team to London, from where it would be transported to South Africa, where he lived with his wife Gill. – Agencies 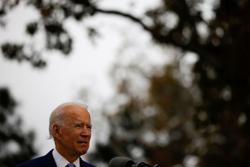 Liverpool labour to 2-0 win over Midtjylland 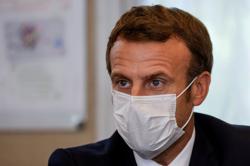 France's Macron to give address as coronavirus epidemic worsens