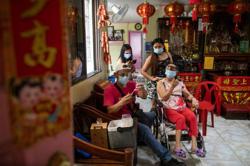 The 31-year-old Wan Wah will get married to May Han on Dec 11, eight days after the men's doubles final in Pasig City.

“It will be great to go into my wedding ceremony as the SEA Games men's doubles champion for the second consecutive time. This will be an extra motivation for me to do well at the Games,” said Wan Wah.

Wan Wah and Choong Tan Fook are unseeded in the men's doubles competition.

They are expected to play against joint third-fourth seeds Sudket Prapakamol-Patapol Ngernsrisuk of Thailand in the quarter-finals.

The veteran Malaysian pair holds a better record over the Thais, having won five of their past six matches.

If they advance, they are tipped to play against top seeds and world number four Luluk Hadiyanto-Alven Yulianto of Indonesia.

In the recent China Open, Tan Fook-Wan Wah were beaten by Luluk-Alven in the second round.

“We have played against the Indonesians many times. There is not much difference in standard between us and them. If we meet at the Manila Games, we hope we will be in better condition on the day,” said Wan Wah.

Prior to the defeat at the China Open, the record with the Indon pair in Open tournaments stood at 3-3.

“We were also beaten by Luluk-Alven in the team event of the last SEA Games (in Vietnam). This time, we will certainly be out to get the better of them,” said Wan Wah.

He also hoped team-mates Chan Chong Ming-Koo Kien Keat would live up to their billing as second seeds and reach the final.

Chong Ming-Kien Keat have Indonesia's second pair of Markis Kidho-Hendra Setiawan in their half of the draw.

They played the Indonesians once before this year, losing in the second round match of the Swiss Open.

The top pairs in this event are Indonesians Nova Widianto-Lilyana Natsir and Thais Sudket-T. Saralee.

With world and Olympic champion Taufik Hidayat in their ranks, Indonesia will be the clear favourites.

Malaysia last won the men's team gold at the 2001 Games in KL. 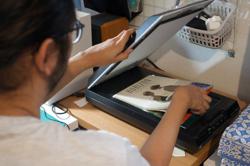