GENEVA: A split has emerged between big and small European football clubs over the need to field or train a minimum number of home-grown players, UEFA said after a meeting of its recently-formed European Club Forum on Friday.

“There was a split on this which probably corresponds to the competitive situation today,” William Gaillard, a spokesman for European football's governing body, said.

The disagreement came to the fore during the second ever meeting of 102 European first division clubs which ended on Friday at UEFA's headquarters in Switzerland.

Gaillard said UEFA wants to have some kind of framework in place for the 2005/06 season.

“We feel that youth training may be a bit neglected these days, that there's a risk of loss of identity if teams field eleven players from nine different nationalities.”

“We also feel that there's a danger we may create a competitive gap and some imbalance,” Gaillard said.

The issue was bound to emerge again at the next club forum meeting in Feb 2005, he added.

During the meeting, Europe's top clubs said they were ready to take part in the FIFA's World Club Championship on condition that it was held on an invitational basis, Gaillard said.

They maintained that participation of the single European representative in the six-club tournament must be voluntary, placing them firmly at odds with FIFA president Sepp Blatter who wants participation to be compulsory.

Europe's designated representative in the FIFA championship, which would fall in the middle of the summer break in Europe, is the Champions League winner.

The European Club Forum also elected the 10 members of its new board for 2004-2006, which will continue to be chaired by Bayern Munich's Karl Heinz Rummenigge, UEFA said.

Apart from the German club, they include top executives from four other clubs in the “elite” group: Chelsea, AC Milan, Lyon and Real Madrid.

The club forum also backed a proposal to allow the cancellation of all yellow cards at the end of European qualifying matches so that players would start the full-blooded Champions League and UEFA Cup with a clean sheet. – AFP 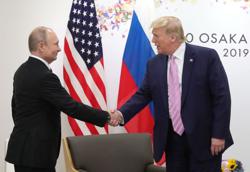