No sure places in Norwich for Malaysian player 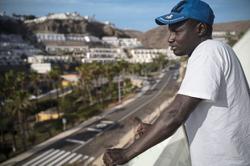 BANGI: Malaysia car giants Proton are the sponsors of Norwich City FC but that does not guarantee Malaysian players places in the English Premier League side.

Norwich City manager Nigel Worthington is adamant about selection based solely on merit. And he is not going to allow any boardroom dealings for players to join the team.

The Norfolk team who are making a return to English Premier League after a nine-year absence signed a three-year deal with Proton last year.

That opened up possibilities of a Malaysian player given a chance to play for the Canaries.

“They have to work hard just like any other player if they want to play for the club. There will not be any boardroom dealings to get players in,” said the Ulsterman.

The former Northern Ireland midfielder said he intends to strengthen the team with at least three more signings before the start of the season on Aug 14. The Canaries open their Premier League campaign against Crystal Palace.

“I will be looking to sign on two defenders and a striker,” said the manager who has been with the Canaries since 2001.

The team arrived in Kuala Lumpur for their week-long tour at 7.30am yesterday.

Despite jetlag, they immediately went for a light training session at 10.30am at the Maybank Training Centre in Bangi.

Norwich are scheduled to play two matches during their tour.

They will meet reigning Malaysia Cup champions Selangor MPPJ on Wednesday at the KL Football Stadium and then the national senior team at the National Stadium in Bukit Jalil on Saturday.

Worthington, who started his managerial career with Blackpool in 1997, said: “I am aware of the hot weather conditions in Malaysia because I was playing for Leeds United in 1996 when they came here for a friendly match.

“The conditions here are good for improving the players' fitness level especially their endurance.

“The conditions in England during the early part of the season are similar to the conditions here in Malaysia so it will be good for the players.”

Meanwhile, team captain Adam Drury feels it would be unwise for English Premiership teams to write off Norwich.

“Of course, everyone will be saying that we will be going down at the end of the season.

“I think we will be able to play some good football and manage to survive the season to stay up,” said the 25-year-old. 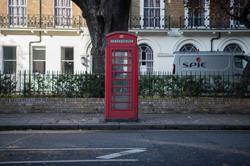