ROME: Napoli have been punished with a 3-0 Serie B defeat against Avellino after violence before last month's match left more than 30 policemen injured, the Italian Football League's disciplinary committee said on Tuesday.

The match between the two clubs at Avellino's Partenio stadium on September 20 was postponed when several hundred Napoli fans invaded the pitch before kick off.

In an earlier incident that night, 19-year-old Napoli supporter Sergio Ercolano suffered fatal injuries in a fall after scaling the outer wall of the stadium.

The punishment, announced on the League's official website, adds to the five-match ban ordered last week on Napoli using their San Paolo stadium.

Avellino have moved just above Napoli to 16th in the standings with five points from five matches after the automatic 3-0 victory lifted them six places in the table.

The violence at the Partenio was the worst in a series of incidents to mar Italian football in recent years.

Last season, matches involving Serie A sides Como and Torino had to be abandoned because of crowd trouble.

Torino received a similar five-match stadium ban after their fans rioted during a match against AC Milan. – Reuters 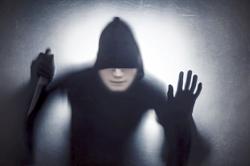