LONDON: Premiership newcomers Portsmouth proved they can live with the big boys by ending Arsenal’s winning start to the season with a 1-1 draw at Highbury.

Only a highly controversial penalty cost Harry Redknapp’s side what would have been a famous victory as Arsenal’s winning start to the campaign was brought to an abrupt halt.

It also allowed Manchester United, 2-0 winners at Charlton, to move to within a point of the leaders in second place while Chelsea moved up to third after a 4-2 home win over London rivals Tottenham.

Portsmouth took the lead at Highbury through veteran striker Teddy Sheringham, who got on the end of a Steve Stone cross for his fifth goal of the season after 26 minutes.

Arsenal equalised five minutes before the break after Robert Pires was adjudged to have been brought down by Dejan Stefanovic in what appeared to be a harsh decision for the visitors.

Thierry Henry beat Shaka Hislop twice from the spot after being ordered to retake his first kick because Dennis Bergkamp had encroached into the area.

The first came just after the hour mark when a Ryan Giggs freekick cannoned into the Charlton wall. The ball ricocheted around the penalty area before fatally falling at the feet of the Dutch striker, who lashed it home from close range.

Charlton’s chances of a fightback disappeared shortly afterwards when Jason Euell was sent off after earning a second yellow card for a late challenge, which forced Gary Neville to limp off.

United exploited their numerical advantage with Giggs setting up Van Nistelrooy for an easy finish nine minutes from time.

Chelsea moved up into third place after coming from behind to sink London rivals Tottenham 4-2 and pile further pressure on to Spurs’ embattled manager Glenn Hoddle.

Fredi Kanoute had raised the visitors’ hopes with a 25th-minute opener.

But Chelsea hit back 10 minutes later with two goals in the space of three minutes from Frank Lampard and Adrian Mutu.

The Romanian added his second a quarter of an hour from the end. Kanoute grabbed a second for Spurs three minutes from time but Jimmy Floyd Hasselbaink restored Chelsea’s two-goal cushion in stoppage time.

A Michael Owen double and a superb late strike from Harry Kewell delivered the points for Liverpool against 10-man Blackburn.

Matt Jansen had got Blackburn off to the perfect start with a stunning left foot drive from 20 yards.

But an Owen penalty quickly got the visitors back on level terms and Blackburn were reduced to 10 men a minute later when Lucas Neill received a straight red card for a wild lunge at Jamie Carragher.

Kevin Davies’s renaissance continued with a 23rd minute strike as Bolton claimed all three points for the first time this season with a 2-0 win over Middlesbrough.

A late header from Bruno N’Gotty made sure of the points for Bolton and left Boro still looking for their first victory of the season.

Everton and Newcastle served up the most dramatic encounter of the day with both sides reduced to 10 men in a 2-2 draw at Goodison Park.

Alan Shearer had twice put Newcastle ahead from the penalty spot but his efforts were cancelled out by Tomasz Radzinksi and Duncan Ferguson, whose 88th-minute penalty was his 50th Premiership goal.

Newcastle had been reduced to 10 men before the break when Laurent Robert received a second yellow card but the numbers were evened up when Gary Naysmith was dismissed for the foul which led to Shearer’s first penalty.

England striker James Beattie condemned Premiership newcomers Wolves to their fourth defeat in five games in the top flight with a double for Southampton at St Mary’s.

After tucking away a first half penalty, Beattie was allowed to run from the half way line to the edge of the box before unleashing an unstoppable drive seven minutes after the break. – Reuters 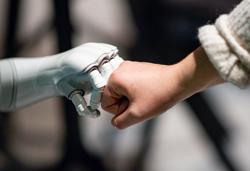