The eight-lap race was won by rookie Maznah Ahmad. The 37-year-old businesswoman from Kedah took her Proton to the chequered flag in a time of 17.02.158.

The 33-year-old Eridani, who won the first two rounds, ran into drive shaft problems and finished second in 17:14.408.

Negri Sembilan royalty Tunku Mazlina Tunku Abdul Aziz, 28, was left in tears with her third placing. It was a race she wanted to win badly as an early present for her birthday, which falls on Sept 19.

“It was one race I wanted to win badly as a birthday present for myself,” said a tearful Mazlina.

“I started second on the grid but I was slow. This let me down badly and when I was getting into stride, Tuti (Tutiana) blocked me.”

The 28-year-old Jenny finished fourth in 17:15.421. It was double disappointment for Jenny, whose grandfather Chong Beng Ann, 82, passed away on Monday and was buried on Friday.

“I am very disappointed. It is a race I wanted to win for my grandpa. I could not come for unofficial practice on Friday as I had to attend his funeral,” said Jenny with tears streaming down her cheeks.

“On the track, I was blocked by Norhayati (Abdul Aziz). It was very unsporting of her to do that. I hope that something could be done in the future about such manners on the track.

“If there is any consolation, I still managed to get a place on the podium. And I will be back next year. I want to take pole position and win a race for my late grandpa.”

Maznah was more than pleased with her win and is looking at better things to come in her racing career.

“This win is very sweet. I did not expect to win but I was determined to give my rivals a run for their money. I will cherish my win in Pasir Gudang. It is the first in my racing career,” she said. 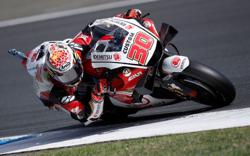 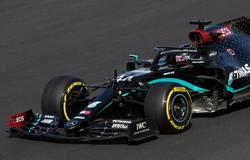 Hamilton on course for record win after Portuguese pole