Kelvin is game for the fight

KUALA LUMPUR: Kelvin Ho will be out to revive his professional squash career and bid for a place in the four-man Malaysian team for the world team championships, which will be played in Vienna from Oct 19-25.

The three frontrunners for places in the team are Ong Beng Hee, Mohd Azlan Iskandar and coach-player Kenneth Low. And the 20-year-old Kelvin will have to show that he is better than Timothy Arnold, Mohd Nafzahizam Mohd Adnan, Fabian Faurillo and Mohd Sharil Shahidan to claim the last spot.

He will get the chances to prove his worth in the Petaling Jaya Municipal Council (MPPJ) Open next week and the Malaysian Open from Aug 10-16.

Kelvin, who is ranked 155th in the world, said: “This is my third year as a professional player. It is pointless to be a pro and achieve nothing.

“If I do not perform well on the circuit for another year, it is best that I quit and focus on something else. For now, I will go all out to prove myself.”

Kelvin stopped playing competitive squash in May last year because of some problems with the Squash Rackets Association of Malaysia (SRAM).

The problems have been resolved and he will get to go on a centralised training stint in Ilkley, north England, in September. Nafzahizam will join Kelvin on the stint under Robbie Burnett.

This year, the Selangor player competed in the Kuala Lumpur Open in February. He reached the main draw and was eliminated by Azlan in the first round. In a satellite tournament in Perth in May, he fared badly and crashed out in the first round.

“My immediate target is to win a place in the team for the world men's team championships,” said Kelvin.

“In my absence last year, some of the juniors have made up grounds. They are now challenging me for the fourth spot in the team. All of us will be competing in the MPPJ Open and it is a good chance for me to prove myself.”

“It was my first time that I lost to him. I want to get the better of him and all the others in the MPPJ Open.”

While Kelvin and Nafzahizam will go on a stint in England, Timothy, Fabian and Sharil will be based in Amsterdam for a stint under coach Mike Corren. 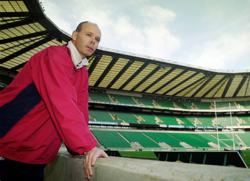 Rugby: All eyes on Paris after England secure bonus-point win in Italy