Sarawak FA to supporters: Behave or we will play in another venue

KUCHING: The Football Association of Sarawak (FAS) warned their fans yesterday to behave – or risk being barred from the Crocs’ home games at the Sarawak Stadium here.

This is among the several drastic measures which could be initiated by the association if football hooliganism persisted at the stadium, FAS president Datuk Taha Ariffin said.

He said the other measure was to switch the venue to other towns like Miri and Sibu.

“We may switch to a new venue for our home games, probably Miri, Sibu and even Sri Aman but it will only be implemented if the situation worsens,” he told reporters after chairing the FAS exco meeting this morning.

Taha said Sarawak could also play their home games at the 20,000-seater State Stadium here, the team’s home venue before the Sarawak Stadium was built for the 1997 World Youth Cup.

“We are also thinking of inviting only selected guests for the matches.”

Taha said the FAS had exercised patience with these fans but something needed to be done to stop the problem from worsening.

“We have been fined RM5,000 by the FAM disciplinary board after the crowd turned unruly during the FA Cup semi-final match against Perlis last week. If this continues, the association will suffer more losses,” he said.

During the Sarawak-Perlis tie which the home team won 2-1 but lost 3-5 on aggregate, Taha said unruly supporters ripped out 110 seats before hurling them on to the pitch.

“We only charge RM10 per ticket for each match but at the end, FAS had to pay RM100 to replace each of the seats damaged by the hooligans,” he said. – Bernama 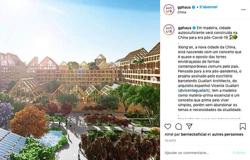