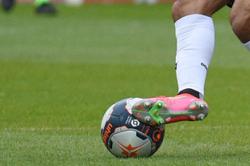 Police used rubber bullets and teargas to deal with the supporters after fighting broke out around bars in the city centre and property was damaged, they said. The supporters responded by throwing bottles and stones.

Five Britons suffered bullet or stab wounds and needed hospital treatment, a police statement said later, adding it was not clear where the shots came from.

The game in Vaduz later yesterday was given the go-ahead after the Liechtenstein FA beefed up security to cope with fears the match could be targeted by anti-war protesters.

Up to 800 England fans arrived in Switzerland on Friday ahead of the match in neighbouring Liechtenstein.

“The hooligans were breaking things and fighting. A lot of windows were smashed,” a Zurich police spokesman said.

“We had the first call at 6pm. They were fighting and throwing bottles at police. Tear gas was used.

“The English were drinking a lot of alcohol. By 2am, it was all quiet.”

The spokesman said a large number of the arrested had been released, but was unable to confirm whether any had been charged.

The game is being played at the world's smallest stadium certified to hold international matches, the 3,548-capacity Rheinpark Stadium. Only 900 seats had been allocated to English fans. – AFP 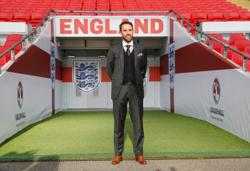