Now, Italian football's back in style

ROME: Just 12 months ago Italian football was being written off but when the draw for the quarter-finals of the Champions League is made today, three of the eight sides will be drawn from Serie A – not bad for a supposedly fading power in the game.

Last March, the failure of any Italian team to make the last eight of the Champions League for the second successive year led to much gloating across the continent and to a good deal of introspection in Italy.

Italian football, once the gauge by which other countries judged their progress, was not only going out of fashion, it looked to be plainly obsolete.

The financial crisis which subsequently hit Serie A and the disappointing showing of the Italians in the World Cup added to the impression that the old calcio empire was crumbling.

But while the Italians are often mocked for their eagerness to exaggerate and the haste with which they see a setback as a “crisis”, last year's inquest into their clubs' shortcomings has resulted in a radical and rapid change in fortunes.

It is not only the presence of Inter Milan, Juventus and AC Milan in the quarter-finals that should merit a renewed respect for the Italians – the manner in which they have so quickly rediscovered their place among the cream of Europe offers a lesson for those, like France and Germany, currently in exile from the elite.

The Italians realised it was no coincidence that all their top teams were struggling against English and Spanish opposition – their style of play was no longer suited to the high-speed modern game.

So they took a lead from their famed fashion houses and changed style. The three qualifiers for the last eight have approached the change in different ways but it is Marcello Lippi's Juventus who are the most evident example of this transformation.

Apart from their flu-induced defeats to Manchester United in the second phase, Juve have been entertaining to watch and a nightmare to defend against.

Milan gave the first signs of an Italian resurgence when in the first phase they stormed to spectacular wins away to two of the Champions League's most consistent performers – Deportivo Coruna and Bayern Munich.

Then in the second phase their 1-0 home win over European champions Real Madrid was a display of entertaining, attacking football that would have left old-school Italian coaches shaking their heads in disbelief.

Inter have been the least impressive of the trio with observers puzzled as to how a team which is a blend of South Americans and Italians, coached by an Argentine, could produce such bland and one dimensional football.

But in their last two games, weakened by injuries and suspensions and battling for points at home to Newcastle and away to Bayer Leverkusen, Inter showed that their main qualities of hard graft, physical strength and a willingness to fight for every ball can deliver results.

All are admirable qualities but not those traditionally associated with Italian teams and unlike Serie A clubs of old Inter struggle when they have to control a game and take the initiative.

In contrast, up against an aggressive Newcastle, Inter seemed to actually relish the rough and tumble of scrapping with an English side.

So when the coaches and presidents of the three team's rivals are solicited for their views after today's draw, they would be wise to avoid the cliches about Italian teams.

Calcio has changed and in three very different ways. – Reuters 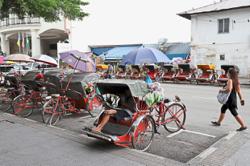