CARDIFF: Alex Ferguson is hoping the backlash from Manchester United’s League Cup final defeat by Liverpool can help drive his side on to the Champions League final at Old Trafford in May.

A 2-0 loss in the Millennium Stadium has left Ferguson’s side, who now trail Arsenal by eight points in the Premier League, looking increasingly as if they will have to win the ultimate prize in club football or end the season empty-handed.

And the Scot is hoping the prospect of a second successive barren season will have a similar galvanising effect as a humiliating Premier League defeat at the hands of Manchester City back in November.

The revival triggered by that defeat dragged United back into the league title race and has carried them into the last eight of the Champions League with two second phase group games to spare.

“It’s a test for us now,” Ferguson said. “People can accept defeat and just go away or they can fight back. We have a big game against Leeds on Wednesday night and we are in the quarter-finals of the Champions League. We’ve still got a lot to play for and our priority is to win a trophy.”

Although they never got close to the heights they scaled in last week’s famous win over Juventus in Turin, Ferguson’s men were far from being outclassed by Liverpool.

But a degree of bad luck and an inspired performance by Jerzy Dudek in the Liverpool goal prevented them from getting back into the match after they had fallen behind to Steven Gerrard’s deflected first half shot and Michael Owen’s clinically executed breakaway goal five minutes from the end killed them off.

“We did not get a break. We performed well in the second half but their second goal was a bad mistake by us at the back,” Ferguson said.

“In really tough games, in big matches, the first goal is really important. You need a break which we did not get.”

While Ferguson can still contemplate the prospect of Champions League glory this season, his Liverpool counterpart Gerard Houllier is aware that Sunday’s win will be scant consolation for the club if they fail to get back into Europe’s premier, and ultra-lucrative, competition next season.

The form which deserted Houllier’s side in such dramatic fashion at the end of last year does seem to be returning.

But with six points to make up on Merseyside rivals Everton, the side currently occupying the fourth and final Champions League qualifying place in the league, Liverpool face an uphill battle to secure their seat at Europe’s top table.

But Houllier is refusing to give up hope.

“We’ve got 10 games left in the league and we will give it our best right to the end of the competition. All I know is that in the last two seasons we’ve come good at the end of the season.

“We know now that we will be back in Europe, at least in the UEFA Cup and we still have a quarter-final in this season’s competition (against Celtic) to come. And we have won a trophy already. Things could be worse.” – AFP 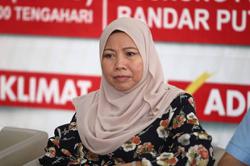