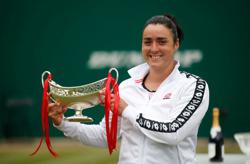 KUALA LUMPUR: The future of world tennis will converge on Malaysia for the first time with a Group One ITF International Junior Championships at the National Tennis Centre in Jalan Duta from March 16-23.

The Lawn Tennis Association of Malaysia’s (LTAM) secretary, Musaladin Dahlan, said that the Under-18 meet, the highest level of junior tennis, would see players from Asia, Europe and America who were among the top 200 in the world.

“The ITF have recognised Malaysia’s effort in promoting the sport, especially among the youngsters,” said Musaladin when announcing the first leg of the SportExcel-Milo-NSC-LTAM junior circuit at the National Tennis Centre yesterday.

“And hosting this tournament will give us the opportunity to see the world’s future tennis stars in action in Malaysia.”

This year’s national junior circuit will have five rounds, one more than previously. The three-day first leg tournament begins tomorrow at the National Tennis Centre.

There will be five age-groups – Under-10, 12,14,16 and 18 – contested in each round with the winners receiving 25 points. The runners-up get 15 points, the semi-finalists get eight and the quarter-finalists get four points.

The top 16 in the standings at the end of the final round qualify for the Masters Grand Finals, which will be held at the same venue from Aug 8-10.

Besides the Group One meet, Musaladin said that Malaysia would also host three other ITF junior tournaments for Groups Three and Four in Sarawak (two competitions) and Kuala Lumpur for the lower ranked players.

He added that organising these tournaments was part of the LTAM's efforts in nurturing young local talent.

“With our juniors taking part in these tournaments, it will give us an indication of what the future will be for Malaysian tennis,” said Musaladin.

“We also hope with these efforts, young players like Dannio Yahya and Adam Jaya (both 17-years-olds), who have already represented Malaysia in the Davis Cup, can make an impact at the Asian level soon and perhaps further if possible.”

He also said that the LTAM with the help of SportExcel might provide grants for those who showed promise to train and compete overseas after the Grand Finals.

Meanwhile, the executive director of SportExcel, Teng Mui Ngee, said that one of their 22 charter-members had withdrawn their RM15,000-a-year sponsorship of the junior circuit but added that it had not adversely affected the running of the circuit.

“Despite the pullout, we are glad that Measat, the Astro satellite channel providers, have joined SportExcel to help us continue running the circuit without much changes,” said Mui Ngee.

“However, we hope more companies would come forward and lend a hand for the benefit of the nation's junior athletes.” 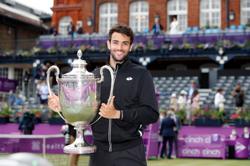 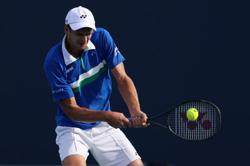