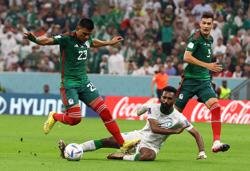 Yemen's Iran-backed Houthi rebels hit an oil storage facility about 15km to the east of the Jeddah Corniche track in March, with smoke visible as cars lapped the Red Sea circuit during practice.

That shook the sport, racing for the second time in the Gulf kingdom, with drivers meeting for more than four hours as they considered whether to race.

The event went ahead after assurances from Saudi authorities but there was collective acknowledgement that further discussions were needed.

"Most of the concerns were about the security really," Prince Abdulaziz Bin Turki Al-Faisal told select media including Reuters at last weekend's Singapore Grand Prix.

"We spoke about all of these issues and we had open dialogue with them now."

Prince Al-Faisal said Formula One's high profile meant security concerns were a new reality for the sport wherever it raced.

He cited examples of Silverstone this year, where 'Just Stop Oil' protesters invaded the track while cars were still circulating after the race had been halted on the opening lap, and mass shootings in the United States.

"If you look at the world today there is chaos happening everywhere and we need to fight through that," said Prince Al-Faisal.

"There isn’t really a secure place that you can go to (with a guarantee nothing happens) from mass shootings to wars and other things that are happening."

The Saudi-backed coalition in Yemen and Houthis struck a UN-brokered truce in April but the deal expired on Sunday.

Asked if resumption of hostilities in the over seven-year conflict would require a step-up in security for next year's race, Prince Al-Faisal said the track would be secure.

"This wasn’t the first time that it happens in Saudi," he said of the attacks. "It happened during that weekend but almost every month we used to have it.

"You secure the most important areas which are populated... so the city is secure, the location is secure."

Saudi Arabia, whose state-run oil giant Aramco has a major presence in Formula One, has a 15-year-deal with the sport.