(Reuters) - Max Verstappen led every lap of last year's processional Abu Dhabi season-ender but Mercedes have warned against reading too much into that dominant display ahead of next weekend's winner-takes-all title decider.

The 24-year-old Red Bull driver and Mercedes' seven times world champion Lewis Hamilton return to the Yas Marina circuit level on points but with Verstappen ahead 9-8 on race wins.

In 2020 Hamilton had already clinched his seventh title and was still suffering the after-effects of contracting COVID-19, which had ruled him out of the previous Sakhir Grand Prix in Bahrain.

Before last season's defeat in Abu Dhabi, Mercedes had triumphed six years in a row in the emirate with Hamilton winning four times.

"Last year Lewis was (racing) a few days after a bout of COVID. There's no way he was performing at his best. It's not an easy thing to get over," said Shovlin.

"Our analysis after that event... indicated that we just put the set-up in the wrong place," he added.

"We had development tyres there, we did work focusing on those. We'd won the championship and we decided to try and understand the tyres rather than focus on the race weekend.

"We ended up going into the race under-prepared with a car that wasn't well-balanced and I think ultimately that's where it cost us."

Shovlin said the concern this time was the unknowns of a circuit that has been modified significantly since last time around to provide more overtaking opportunities, and shortened by 270 metres.

The lap will now be considerably quicker than before, with a "patchwork quilt" of asphalt as new areas of the circuit blend in with the old, but the same tyre compounds will be available as last year.

"We're treating it like a new circuit and we know what we need to do. We need to go there and win," said Shovlin, adding that Hamilton, winner of the last three races, had spent time on the factory simulator preparing.

(Reporting by Alan Baldwin in London, Editing by Rohith Nair) 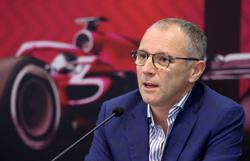 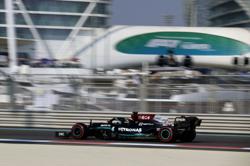