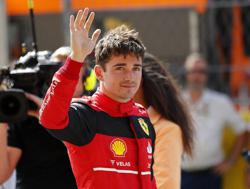 Hamilton's 101st race win, sixth of the season, third in Brazil and 80th for Mercedes. He started 10th on the grid after a five place grid drop for a new engine. He had been last on the grid for the Saturday sprint and ended the weekend 14 points behind Verstappen, after overtaking him on lap 58. Bottas started on pole but lost out to Verstappen at the start and ran wide as Perez passed. He then let Hamilton through. The podium was the 66th of his career. Mercedes lead Red Bull by 11 points.

Verstappen seized the lead from Bottas at the start, and tried hard to fend off Hamilton with the pair going wheel-to-wheel at turn four on lap 48 and running wide. After stretching his lead to 21 points after the Saturday sprint, Verstappen saw his advantage trimmed back to 14. Perez pitted at the end for fresh tyres to seize the fastest lap from Hamilton.

Ferrari extended their lead over McLaren to 31.5 points. Sainz made a sluggish start from third on the grid and made contact with Norris, losing out to Perez and Leclerc. The Spaniard has now scored in his last 12 races.

Norris, who celebrated his 22nd birthday on Saturday, started fifth but collected a puncture on the opening lap as he tried to pass Sainz and dropped to the back of the field with floor damage. Ricciardo retired on lap 51 with a loss of power after starting 11th.

Alpine stayed level on points with AlphaTauri, but ahead thanks to Ocon's win in Hungary. Ocon let Alonso through in the fight with Gasly to try and get an aerodynamic tow but the pair later reversed positions.

Tsunoda's race was ruined by a collision with Stroll at turn one that scattered debris across the track and brought out the safety car. The Japanese rookie collected a 10 second penalty for causing the collision. Gasly passed both Alpines.

Stroll retired after the collision with Tsunoda left his car too damaged to continue. Vettel was sixth at the one third distance but pitted just before the virtual safety car period and dropped out of the points.

Both ran two-stop strategies but ultimately lacked pace. Russell at least managed to beat one of the Alfa Romeos.

Raikkonen started from the pit lane due to the team replacing components and made up eighth places. Giovinazzi got stuck behind Russell.

Schumacher hit Raikkonen's Alfa on lap 11, with the front wing of the German's car wedged under the Haas briefly. Mazepin made a good start and raced in the midfield for a while. 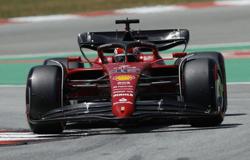