PETALING JAYA: Young rider Emil Idzhar Ezuan will renew his rivalry with Farres Putra Fadhill when the FIM MiniGP Malaysia Series resumes with Round 3 and 4 at the Sepang International Karting Circuit this weekend.

The opening round of the inaugural series earlier this month proved to be a highly competitive affair with Emil and Farres winning the first four races in the 160cc category between them.

Emil, 14, was pleased with his overall performance in the opening two rounds of the championship and is hoping to continue the momentum this weekend.

“I had some issues with my bike in the first race but managed to fix them,” he said.

“I was a bit more conservative in race two as I wanted to conserve my tyres but I have more experience pushing around the track now.

“I have worked hard on my fitness in the last two weeks and hope to continue winning,” said Emil. 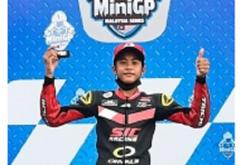 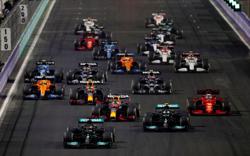