Leading the pack: Khairul Idham Pawi (centre) in action during the MSBK 600 race at the Sepang International Circuit.

PETALING JAYA: Former Moto3 rider Khairul Idham Pawi has announced his comeback in style by winning Race One of the MSBK 600 category in the Malaysia Superbike Championship (MSBK).

Riding for ONEXOX TKKR Racing Team, Khairul completed Round One of the race with a time of 21:59.034 in 10 laps at the Sepang International Circuit yesterday.

His win did not come easy as he had to fend off stiff competition from SIC Racing team rider Mohd Syarifuddin Azman, who finished second just 0.349 seconds behind him in an exciting race.

It was his first race in a year since he announced his retirement from Moto3 in late 2021.

“I had a really bad start because I’ve been away from the starting grid for almost a year,” admitted Khairul.

The race was touted to be a five-cornered fight among Mohd Ibrahim Norrodin, Azroy Hakeen Anuar, Mohd Helmi Azman, and Syarifuffin.

“But I quickly noticed that Ibrahim and Azroy were making a lot of mistakes, so I decided to take my time, and in lap two, I took the lead when they both hit the gravel,” said Khairul.

“For the first lap, I was content to follow. Once I got into the lead, I found that Helmi was also making a lot of unforced errors.”

One of Helmi’s unforced errors included a last-lap last-corner gamble when he tried to out-brake everyone to take the win, but it backfired.

“It was a really good race, and I enjoyed it very much.”

Meanwhile in the 1000cc race, Yamaha Racing Team Asean team rider Kasma Daniel Kasmayuddin enjoyed a dream debut when he effortlessly won the race with a time of 21:23.783.

Starting the race from pole position, Kasma didn’t face any challenge from the other riders from start to finish.

“While it is thrilling to win my debut race in the 1000cc class, I learn nothing if I race alone and just keep to my race pace,” said Kasma. 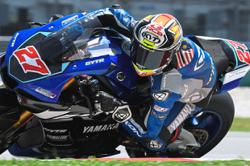 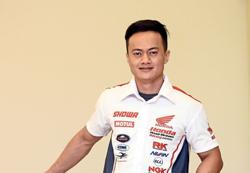