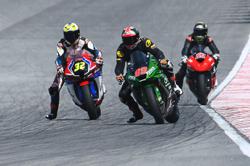 PETALING JAYA: It’s going to be a level playing field for everyone as the Petronas Malaysian Cub Prix Championship gets into gear again after a five-month break.

Round 3 and 4 will be held at the Sepang North Track this weekend under a bubble concept and without spectators. For the majority of teams and riders, this is akin to a new start with everyone still in the running for the title chase.

In the CP150 class, team Petronas Sprinta Yamaha Maju Motor’s Nazirul Izzat Bahauddin is the leader in the premier class on 29 points but only separated by a single point from Muzakkir Mohamed from the ONEXOX TKKR Racing Team.

SCK Honda Racing Team rookie rider Izam Ikmal has proved to be the darkhorse of the season.

Izam’s strong and consistent track record at the Sepang Circuit sees him third on the standings with 25 points.

Azroy did not finish Race 1 because of technical problems but managed to collect 20 points after placing second in Race 2 at Sepang in March this year. In fifth and sixth respectively in the overall standings are fellow Petronas Sprinta Yamaha-CKJ Racing riders Aiman Tahiruddin (19 points) and Ahmad Afif Amran (18 points).

With a balanced strength of their riders, Petronas Sprinta Yamaha-CKJ Racing lead the team standings with 48 points ahead of ONEXOX TKKR Racing Team (45 points) and Petronas Sprinta Yamaha Maju Motor (40 points). Fans are also encouraged to tune in to the live broadcast on Facebook for the chance to win a motorcycle in each round and other prizes worth RM100,000 up for grabs. Further information on the contest can be viewed at https://www.facebook.com/watch/?v=970364880363670. 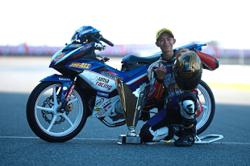 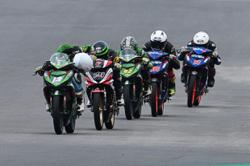