Four-times world champion Vettel finished second at the Hungaroring on Sunday, behind Alpine's Esteban Ocon, but was disqualified after the governing FIA was unable to extract the required litre of fuel for post-race checks.

It added in a statement that it had "requested a right of review alongside the appeal procedure, as a result of having discovered significant new evidence relevant to the sanction which was unavailable to it at the time of the FIA stewards' decision."

Vettel's car was impounded by the governing FIA and taken to France after the race in Hungary and Formula One has an August break before the next race at the end of the month.

A date for the appeal to be heard has yet to be set, with the original race stewards likely to rule first on whether the 'new' evidence is grounds for a review.

The next race is the Belgian Grand Prix on Aug. 29.

The outcome has a bearing on both the drivers' and constructors' championships, with Mercedes' seven-times world champion Lewis Hamilton standing to inherit second place and go eight points clear of Red Bull's Max Verstappen.

The points also make a difference in the battle for third place between Ferrari and McLaren as well as Williams, whose drivers Nicholas Latifi and George Russell finished eighth and ninth and will each move up a place. 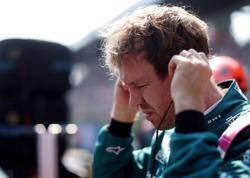 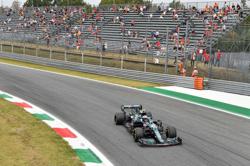