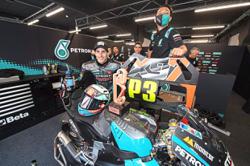 Cal Crutchlow is the official Yamaha test and replacement rider but it is not yet known if the Englishman will be called up for a MotoGP return.

Morbidelli’s injury could be a worsening of the ligament damage first highlighted when he fell to the ground in pain during a bike swap practice at Le Mans, France, in May.

“I had a moment training at the ranch, I didn’t crash, but I needed to put my leg on the ground and as you saw this morning my knee is weak. It started to give me pain from last week, ” Morbidelli explained at the time.

“So my knee is not really stable at the moment and when I went to swap bikes and I stomped on my left leg, the knee felt like it wanted to pop out. So I just let go.”

Morbidelli, the title runner-up last season, has finished on the podium once so far this year with his 2019-A-Spec bike and sits 11th in the world championship. 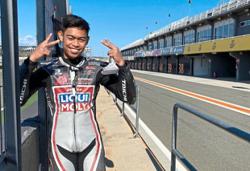