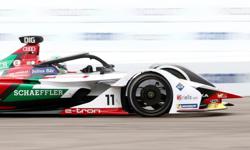 PETALING JAYA: Nazim Azman made a great start in his maiden EuroFormula Open campaign, seizing a podium finish and running at the front of the field in the series supporting Portuguese Formula One Grand Prix.

The CryptoTower Racing driver, who spent the past two seasons in the BRDC British F3 Championship, was returning to international competition for the first time this year.

Despite limited track time, Nazim claimed an impressive fifth place on the Race 1 grid. Only tyre wear prevented him from stepping on the podium as he settled for fourth place.

In Race 2, he started from the second row under the reverse grid format. Nazim made short work of the front row pairing to lead into turn one before finishing in second place.

The change of format for 2021 also determined that the grid for Race 3 would be set by each driver’s fastest lap from the two previous races.

Nazim’s pace over the weekend again saw him start on the inside of the second row but a five-second penalty from the stewards for a technical mistake left him in fourth spot.

“It was good to finish on the podium in Race 2 but I’m still disappointed not to have come away with a win having led for half the race.

“I probably could have defended harder than I did and will definitely do so next time.

“Race 3 should have brought another podium too, but I couldn’t make up enough time after the penalty, which was frustrating, ” said the 19-year-old, who will head to the next stop at the Paul Ricard Circuit in France in the middle of this month. 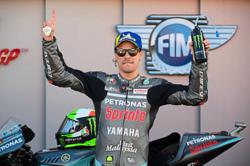