PETALING JAYA: Team Sapura Cycling riders are back in the groove after being out in the cold for more than a year.

Sapura, who finished on top of the 2020 UCI Asia Tour rankings, made a creditable return to the international stage at the just concluded Tour of Turkey by finishing 11th out of 23 squads in the overall team general classification.

Among the highlights were two top 10 finishes through Turkish sprinter Ahmet Orken in Stage 7 and 8 while their Italian climber Danilo Celano was second overall in the mountains classification.

Malaysian rider Nur Aiman Rosli also raised cheers on Stage 4 when he won one of the intermediate sprints.

The team sports director Mohd Sayuti Zahit said they were pleased to be back racing.

“I am quite happy as this was our first race after a long time while the WorldTeam and Pro Continental teams have already done three or four races, ” said Sayuti.

“Ahmet did a good job to finish in the top 10 twice as the sprinters competing there were some of the best in the field such as Jasper Philipsen (Belgium), Mark Cavendish (Isle of Man) and Andre Greipel (Germany).

“They did well to make sure we had riders in the breakaway group almost every day.

“We were unfortunately caught out in the fight for the yellow jersey on Stage 5. There were strong cross winds during the final 20km and Danilo got stuck in the second group as the climb started.

“Aiman, who is only 22, was very brave to attack on Stage 4 and take the (intermediate) sprint.

“We have to remember the Tour of Turkey is a much higher level of competition compared to races in Asia and the riders competing here are world class.”

Sapura will next focus their attention on the national road championships which has been tentatively scheduled in June at Putrajaya. 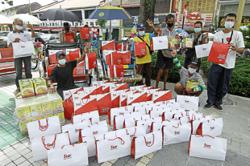 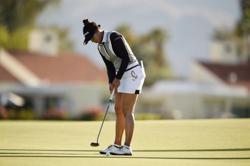