Red Bull's Max Verstappen, Hamilton's closest rival in the Bahrain season-opener when he started on pole and finished second, was third on the timesheets and 0.058 off the pace on a clear morning.

The session ended with Russian rookie Nikita Mazepin spinning his Haas at the final corner for the second time in the space of an hour.

Technical problems that affected radio communications and data contributed to the turn five collision between Frenchman Ocon and Mexican Perez, former team mates at the Force India team that is now Aston Martin.

The coming together had been unclear immediately, with cameras not capturing images, but stewards decided to take no further action.

"Ocon slowed before turn five in order to let Perez by, as well as moving entirely to the inside of the turn," they said in a statement. "Perez was on a fast lap. The two cars reached the apex at the same time, and just barely touched wheels.

"In the end, both drivers agreed in the hearing that it was an unfortunate miscommunication of timing between them, not helped by the fact that both drivers had limited or no communications with their teams at the time."

Perez's car came to halt with the left rear tyre in shreds while Ocon parked up further down the track.

(Reporting by Alan Baldwin in London, editing by Clare Fallon and Ken Ferris) 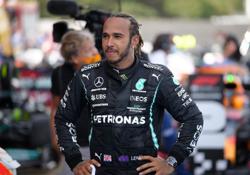 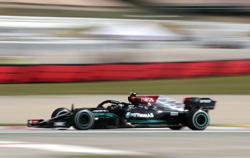