LONDON (Reuters) - Jack Aitken will continue in the role of reserve driver for Williams this season, the British-based Formula One team said on Thursday.

The British-Korean driver, 25, made his F1 debut last year when George Russell stood in for Lewis Hamilton at Mercedes after the seven times world champion tested positive for COVID-19.

Williams said Aitken will take part in an unspecified Friday practice session this season and support the team in the simulator.

"He really impressed us with his performance at the Sakhir Grand Prix last year in Bahrain, stepping up to the challenge at short notice to put in a strong performance over the course of the weekend," said team principal Simon Roberts. 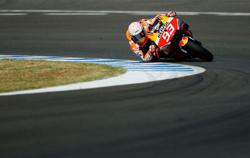