Azhar game to look for new challenges on the track PETALING JAYA: Azhar Abdul Jalil (pic), one of the oldest riders on the CP150 grid, is looking for a new challenge in the 2021 season.

The 28-year-old will part ways with the IPONE Yamaha YY Pang Racing Team after more than a decade of working together.

Azhar plans to continue racing and is currently in talks with several racing outfits for the next chapter of his racing career.

“I had a great career with team YY Pang but I think it is time for me to challenge myself with a new environment, ” said Azhar.

“I am talking with three teams at the moment but nothing has been confirmed yet.

“Given the chance, I would like to continue competing in the premiere CP150 class this year.”

He made his Cub Prix debut in 2007 via the Yamaha Super Series mono-brand category.

Azhar officially joined the YY Pang stable in 2010 where he got off to a brilliant start by winning the Wira title the same year.

Azhar and the YY Pang Racing Team have grown together, moving from the age-capped Wira class to the CP115, CP130 and finally to the CP150 class.

“We feel very proud to have had Azhar with us for 12 years. He is a very good senior who is always willing to guide the new riders. We wish Azhar all the best in his future career in motorsports, ” said team principal Y.Y. Pang. 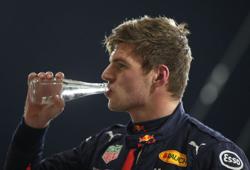