PETALING JAYA: Franco Morbidelli (pic) will not get his wish to be on a level playing field in 2021 as bike supplier Yamaha will not upgrade the Italian’s equipment.

The Malaysian team are a satellite team and Yamaha tends to give priority to their factory riders when it comes to providing the latest bikes.

Only Frenchman Fabio Quartararo was given the A (latest) spec bike for the championship last year while Morbidelli used the 2019 version.

Despite this, Morbidelli emerged as one of the biggest surprises of the 2020 season, winning three races and finally finishing as the runner-up behind Spaniard John Mir from Team Suzuki.

The Italian driver had been under teammate Quartararo’s shadow for 2019 but managed to overcome a difficult start to the championship due to an engine failure in Jerez and the monumental crash at the Red Bull Ring to finally take his first premier class victory in Misano.

He went on to win two more races, also on Spanish soil, and was on pole twice and missed out on the world title by just 13 points.

“For Franco to come second in the championship completely exceeded our expectations and it is something we did not expect.

“I am confident that Franky will maintain his good form in the MotoGP this year and I think he could be one of the 2021 title contenders.

“No one should underestimate him because we have seen that he’s been one of the contenders last year, ” said Razlan.

Morbidelli will have fellow Italian Valentino Rossi as his new teammate for the 2021 season, which kicks off with the first round at Losail International Circuit in Doha in mid-March. 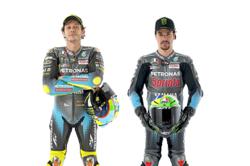 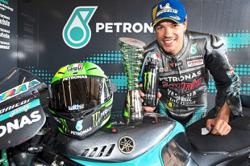