MotoGP organisers hoping to get nod for winter test in Malaysia 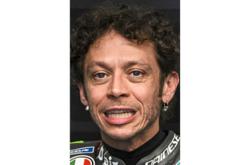 The three days of testing will also mark the first time the MotoGP grid moves outside of Europe since widespread Covid-19 restrictions started almost one year ago.

The MotoGP organisers have drawn up strict procedures, which include having the polymerase chain reaction (PCR) tests before and after arrival and also creating a bubble environment in Malaysia.

The riders and team members will have to stay inside a designated hotel located near Sepang and will not be allowed to leave the premises other than travelling to the track.

Malaysia’s borders are currently closed to foreigners, so, special permission needs to be given for the official MotoGP tests, scheduled from Feb 19-21, to go ahead.

“Everyone is looking forward to that test and of course we want our team launch to happen too.

“We are waiting for the answer but if it’s taking place, there will be restrictions in place unlike previous years.”

A second round of tests are scheduled in Qatar from March 10-12 before the riders line up for the season-opening round on March 28 at the same place.