PARIS, France (AFP): Lewis Hamilton has joined Michael Schumacher as the most successful driver in Formula One's history – yet despite all the acclaim, the seven-time world champion divides opinion.

With 20.6 million Instagram followers Hamilton is by a country mile the most popular member of the Formula One grid, supported by an army of loyal fans known as 'Team LH'.

"The greatest sportsman this country has ever produced – no doubts," tweeted former Manchester United and England defender Rio Ferdinand after Hamilton crossed the finish line in Istanbul on Sunday.

Yet Hamilton's rise to F1 legend status has been accompanied by articles in his homeland exploring the same question – 'why is he disliked?'

Just as in Schmacher's all-conquering era with Ferrari, Hamilton and Mercedes have become victims of their own success.

Mercedes are accused in the court of public opinion of being too good and turning the sport into a tedious procession – they have won the last seven constructors titles and Hamilton has won the last four world drivers titles.

"It's not how F1 should be, but it is what it is right now and it has been like that in the past," he said.

"But it is not our fault these guys are good at their jobs."

For The Times' Rebecca Clancy, Hamilton's decision to move to first Switzerland and then Monaco – in part to pay less tax – was at the heart of any anti-Hamilton sentiment.

Another obstacle for some British F1 fans was the support of the once mighty McLaren team which powered him to his first title in 2008.

For The Daily Telegraph, the 'Marmite' factor (love him or loathe him) stems from the fact that "Hamilton's tastes may not always sit perfectly with the traditional motor racing community".

Celebrity friends, extravagant fashion sense, 'bling' jewellery, plentiful tattoos, his spiritualism, reactions which sometimes appear over the top, the negative picture he paints of his hometown Stevenage, his Anglo-American accent – all have been used as ammunition by his detractors.

His 'detached' manner also fires up his critics.

"It's not in the tradition of British sporting heroes to be so removed," wrote the Daily Mail's F1 reporter, John McEvoy.

For some, it was Hamilton's conversion to all things green and veganism in 2017 that jarred, coming from someone who criss-crosses the globe in a private jet – since sold – and spends much of his time behind the wheel of gas-guzzling F1 machines.

McEvoy wrote in the Mail in July: "The chief accusation against Hamilton is one of hypocrisy on several fronts.

"Many F1 insiders have heard enough of Hamilton's self-righteous preaching."

F1's first black driver has this season pressed for greater diversity in the paddock, a stance sparked by his vocal support for the Black Lives Matter movement. He spoke out about the killing of George Floyd when no one else in his sport would and won widespread support for his stance.

But some observers have noted that his tone can sometimes be perceived as preaching and "can rub people the wrong way".

His critics might not agree, but for many, like fellow British driver Lando Norris, Hamilton should be honoured, not criticised.

"There is only one other person in the whole world who has achieved what he has – and that's Michael Schumacher," the McLaren rookie said.

"He has led the way in many aspects – on the track, but also off it.

"A lot of athletes who have done such things in other sports have got knighthoods so I see no reason why he shouldn't.

"It's a good thing for kids who want to get into racing or who don't know much about racing to be inspired by him and, obviously, try to achieve similar things." – AFP 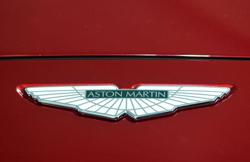