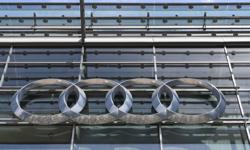 The Spanish rider put everything into his last run to post a best time of 1:38.936 as the track was drying up following rain earlier on Saturday.

It was a brave lap as the Spaniard sped over both the wet and dry sections of the track to mark a brave comeback to racing after breaking bones in both his legs in a crash at Le Mans in France last month.

Vierge pipped American Joe Roberts, who finished just 0.181secs behind, to the position.

It is also his first return to pole position since the Brno round in Czech Republic in 2018 and the first for the Malaysian team in the intermediate category.

The all-Kalex front row is completed by long-term frontrunner Sam Lowes of Britain, who posted 1:39.119.

Lowes leads the championship with 178 points following his superb pole-to-flag win at the Teruel round two weeks ago.

“The team have been doing an amazing job, not just today in the tricky conditions, but also with the support they give me with my injuries.

“They were able to make improvements with the bike from yesterday to today, despite the conditions and I feel so confident and comfortable on the bike,” said Vierge, who is 11th in the championship standings.