(Reuters) - Rainy weather led to the postponement of the NASCAR Xfinity Series at South Carolina's Darlington Raceway on Tuesday evening as organizers were forced to reschedule the event for daytime on Thursday.

The 147-lap Toyota 200 was set to take place in front of empty grandstands due to the COVID-19 crisis but Mother Nature had other ideas as rain lashed the course.

Race officials on Tuesday also moved up the start time of Wednesday's NASCAR Cup Series Toyota 500 at Darlington by an hour-and-a-half due to forecast inclement weather.

NASCAR was one of just a handful of sports that was able to return to action for the first time in two months last weekend.

Kevin Harvick won the Real Heros 400 on Sunday to collect his 50th career victory in the Cup Series.

NASCAR released a schedule last week that included 13 races between May 30 and June 21 with no fans in attendance. 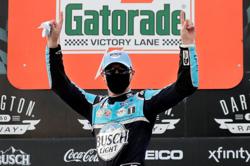 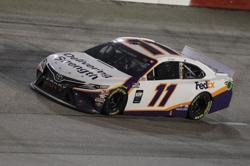 All COVID-19 tests in Formula One have been negative