Marquez out to terrorise rivals as he eyes new MotoGP record

IT’S Halloween and Spanish daredevil Marc Marquez hopes to scare the living daylights out of his rivals at the Malaysia Motorcycle Grand Prix this weekend.

The newly crowned MotoGP world champion does not plan to take it easy in the penultimate round of the world championships at Sepang International Circuit and will aim to finish on top for his sixth straight win of the season.

Marquez has the first opportunity to break another record in MotoGP – to become the all-time highest points scorer in a single season.

The record of 383 points is held by his teammate Jorge Lorenzo.

Lorenzo, also from Spain, did it in 2010 en route to emerging victorious in the championship (across 18 races that year).

Marquez is now on 375 points after 17 races. After Sepang, the championship moves to Valencia, Spain for the season finale in two weeks’ time.

He just needs nine points between Sepang and Valencia to break the record which is equivalent to a seventh placing. 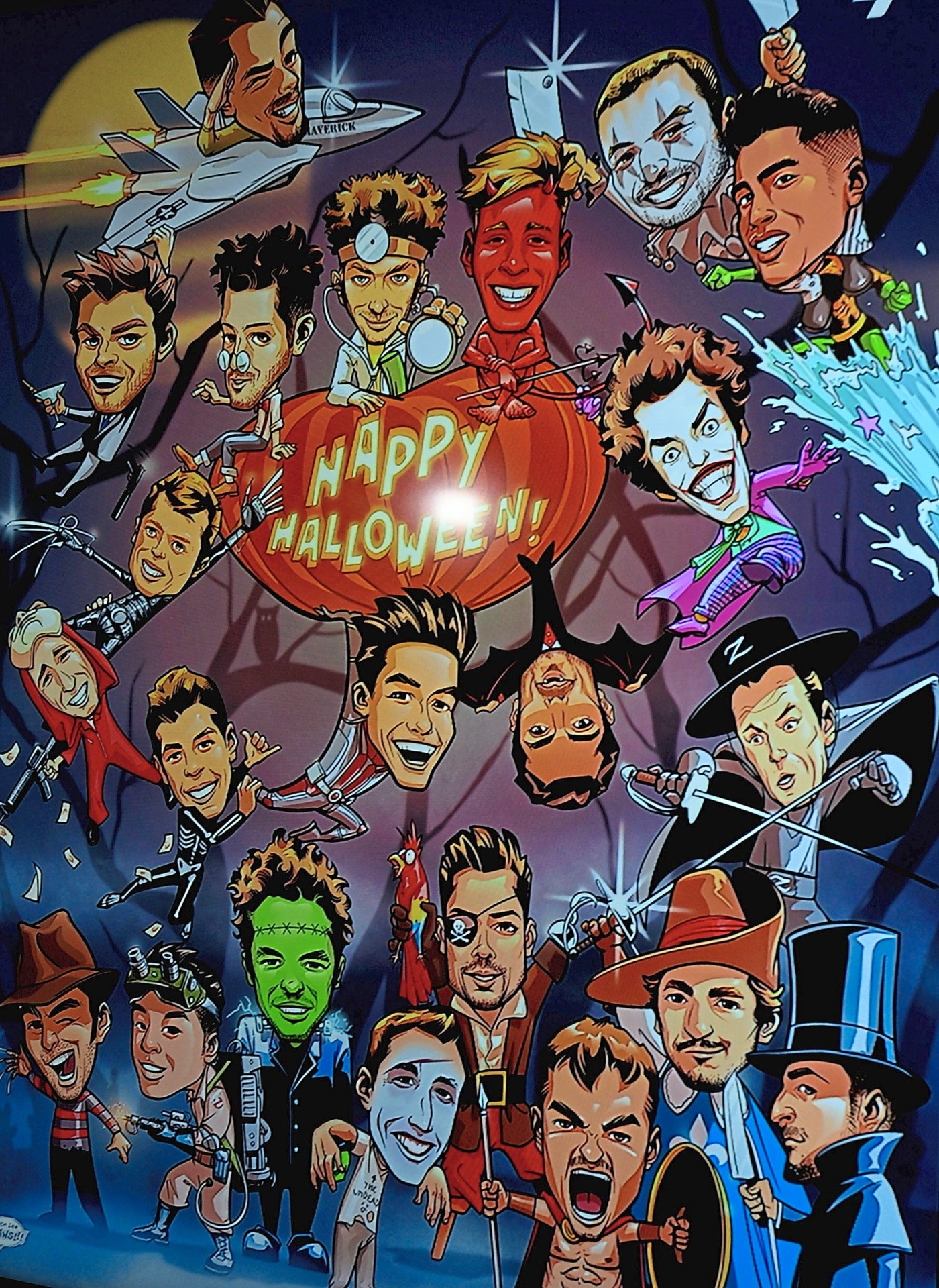 Creative work: An artwork by a cartoonist depicting the riders in conjunction with Halloween at the Sepang International Circuit yesterday.

But for Marquez, breaking the record is just an afterthought. He wants to achieve the maximum results in every outing.

“Records are meant to be broken and it’s okay if I can achieve it. But it’s not my main goal.

“The bike is going well and I just keep going. The best way is to try for victory and that’s the best reward for the entire team,” said the six-time premier class world champion.

And who would dare bet against him breaking Lorenzo’s record at Sepang. Marquez has been scarily consistent throughout the season.

Despite close duels, he still claimed 11 wins along with five second places this year with his only blip coming in the United States Grand Prix in Austin in April when he crashed out while leading.

Marquez was the winner at Sepang last year where he won comfortably after leader Valentino Rossi of Italy crashed.

“The Sepang circuit is one where I have some great memories. I won here last year and I’m able to ride to my best characteristics but at the same time it’s one of the most demanding races on the calendar.

“Heat and humidity are two factors that have particularly affected us in the past, so let’s see what will happen this year. We try to understand things as quickly as possible as the situation can change a lot from morning to afternoon,” he added.

And when asked what he would dress up as if he was invited to a Halloween party, Marquez replied that he prefers dark characters.

“Something like a vampire maybe,” he said in jest.