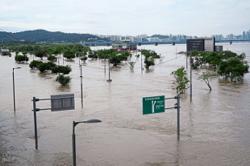 PETALING JAYA: South Korea have prolonged Malaysia’s agonising wait for a major trophy as they inflicted a painful 2-1 defeat on the Speedy Tigers to lift the Asia Cup for the fifth time at the Gelora Bung Karno Sports Complex in Jakarta yesterday.

The Koreans, winless against Malaysia in their previous two matches in the tournament, showed their pedigree in the final as they scored through field goals from Jung man-jae in the 17th minute and Hwang Tae-il in the 52nd.

The Asia Cup had eluded Malaysia in 2017 when they were denied glory by India and the Tigers were also at the losing end in the 2010 and 2018 Asian Games due to Pakistan and Japan respectively.

Malaysia fought valiantly but in the end, the Koreans’ experience of playing in numerous continental finals was the telling factor as they were the steadier side during the crucial stages.

Malaysia’s goalkeeper saved a Hafizuddin Othman saved a penalty stroke from Jang jong-hyun in the fourth quarter but it did not inspire a comeback in the crucial minutes of the game.

After an evenly-matched first quarter, South Korea made the first breakthrough when they scored through Man-jae, Malaysia were not rattled and continued to press for the equaliser.

Midfielder Faizal Saari’s darting runs into the opposition circle started creating the opening needed by the Speedy Tigers and one of his moves resulted in Malaysia getting the equaliser in the 25th minute.

Malaysia’s total hockey was on display when Faizal, having penetrated the Korean defence, sent across a pass which was slotted home by defender Syed Mohd Syafiq Syed Cholan.

Malaysia were also solid in defence as they did not give the Koreans the edge in penalty corners.

Coach A. Arulselvaraj said: “I think we lost at the wrong time, at our last match. We have to accept this and the players will learn from this. We came with our plan but it did not work for us.

“We have a lot of hard work to do and I can promise that we will come back stronger for the Asia Games.”

Raj Kumar Pal’s field goal in the seventh minute gave India, who were eliminated from the final after the 4-4 draw against South Korea on Tuesday, the consolation victory. 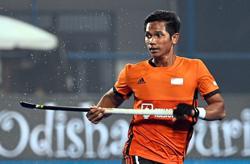