PETALING JAYA: Tender is his age but Mohd Amirul Haniff Mamat, the youngest player in the Malaysian junior hockey team at 18, will be a toughie when he enters the Junior World Cup fray in Bhubaneswar, India.

The Perak youngster is learning fast from some of the more experienced players and fancies his chances of earning a prominent place in coach Wallace Tan’s team.

“I’ll be game for some tough matches in the World Cup, thanks to some of the seniors who’ve been guiding me.

“I’m learning a lot from them about positioning and finishing,” said Amirul.

And one of his “teachers” in the side happens to be 21-year-old Mohd Noor Firdaus Rosdi, rated as one of the hottest prospects in the Malaysian game. 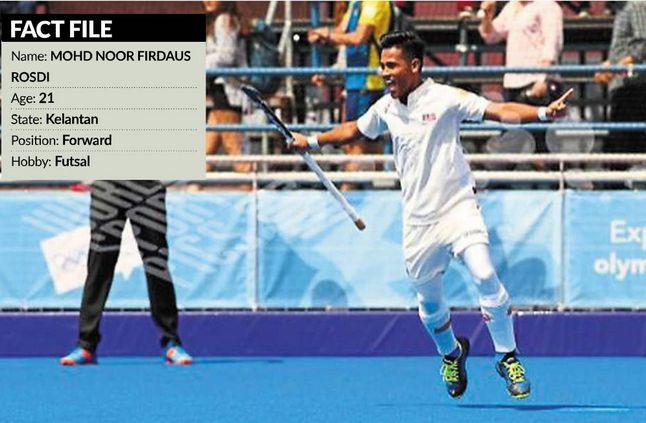 The Kelantanese is impressed with Amirul’s eagerness to learn as he is always communicating with the senior players on how to improve.

“Players like me, Akhimullah, Arif Syafie (Ishak), Pavandip (Singh) and Mohd Abid (Suffian) already have some experience with the seniors as we were part of the centralised training and some friendlies.

“So, we’re more than willing to help Amirul improve as he’s determined to put in the work,” said Noor Firdaus, who models his game after national striker Faizal Saari.

“Amirul is always trying to improve and his thirst for knowledge of the game will take him far. He’s also very competitive at training and that keeps the other players on their toes.

“Even I have to fight for my spot but that will only make the team better as the players will be more motivated.”

Amirul said that when the 20-men list was announced, he was thrilled to be named alongside some of the country’s best youngsters.

Now, he wants to repay Wallace’s faith in him by making his presence felt in the Junior World Cup.

Amirul also believes he has the right role model to inspire him to shine on the big stage.

“I want to be like our national team forward Tengku Ahmad Tajuddin (Tengku Ahmad Jalil). I admire his excellent dribbling and clever movements and ice-cool finishing. So many youngsters look up to him and I’m one of them,” he said.