MHC competitions committee chairman Datuk Seri Dr Anil Jeet Singh said this is to avoid clashing with the school calendar which is expected to end on Dec 10 and also taking into account the monsoon season at that time.

Anil said MHC are also considering more venues in the Klang Valley for the MJHL to prevent a cramped schedule adding that the additional locations would be decided in the next two weeks.

“If we organise the MJHL on the original dates, it is not appropriate because currently the school session is still going on until Dec 10 and this makes it difficult for teams to get clearance from the Education Ministry to participate,” he said.

“We do not want the teams to go through this situation, so it’s best we move the dates and do it during school holidays.

“We hope the tournament will go on as scheduled and follow the SOPs set by the government.”

Twenty five teams have signed up for the MJHL men’s competition.

The MHC will also organise a national indoor hockey competition at Universiti Pendidikan Sultan Idris in Perak from Dec 10-19.

Nine men’s team and six women’s team will be competing in a league format for the inaugural edition.

Meanwhile, defending champions Pahang boosted their chances to reach the women’s semi-finals in the Razak Cup competition after chalking a 2-1 win over Selangor at the National Hockey Stadium in Bukit Jalil.

Pahang only need a draw against Kuala Lumpur today to seal their place. RAZAK CUPwomen’s second round 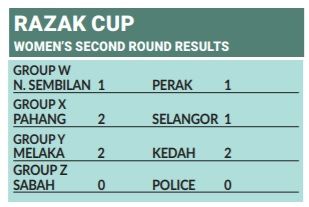 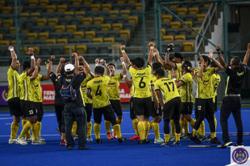