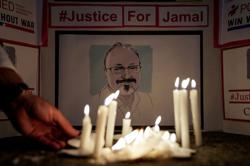 PETALING JAYA: The national hockey team concluded their Britain Tour on a good note with a 2-2 draw with France.

Under the Tour Series, Malaysia played six friendlies – winning one, drawing four and losing one – and four Test matches, of which they won three and lost one.

In the match against France, the Speedy Tigers opened the scoring with a field goal by Shello Silverius in the 27th minute before world No. 13 France hit back with two penalty corner goals through Victor Charlet and Timothy Clement in the 38th and 43rd minutes.

Faizal Saari then came to the rescue with a penalty corner set-piece in the 46th minute to save Malaysia, who are now ranked 10th in the world, the blushes at the Wales Hockey Centre on Monday.

The two teams had fought out a 1-1 draw on Friday.

Coach A. Arulselvaraj was pleased to achieve the target of finishing in the world’s top 10 and also exposing the players to international sides.

“We won three and lost one of our international matches here as well as drawing the two friendly matches against France.

“There’s improvement in terms of the players’ sense of responsibility and awareness on how to take care of themselves, including diet and lifestyle as an athlete.

“Today is the 29th day we are abroad and the players don’t seem to be longing to go home. This is a good sign as it shows that the players are happy being together on the tour... My message to the players is to enjoy these moments because they won’t be repeated.”

Commenting on the draw with France, Arul said his men let France back into the game after a good start but did well to bounce back for the draw.

“We started the first and second quarters confidently but after the third quarter, our game was moderate and it allowed the French team to score two goals but we managed to bounce back.

“Our finishing needs work. We had a lot of chances to score but we couldn’t finish them off.

“We need to be more aggressive in the opponent’s goal zone to score.”

“I hope the fans will continue to support us and we’ll continue to work harder. This Tour is a benchmark for us to further improve our game quality and fitness.” 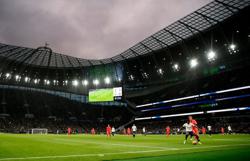 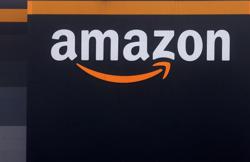